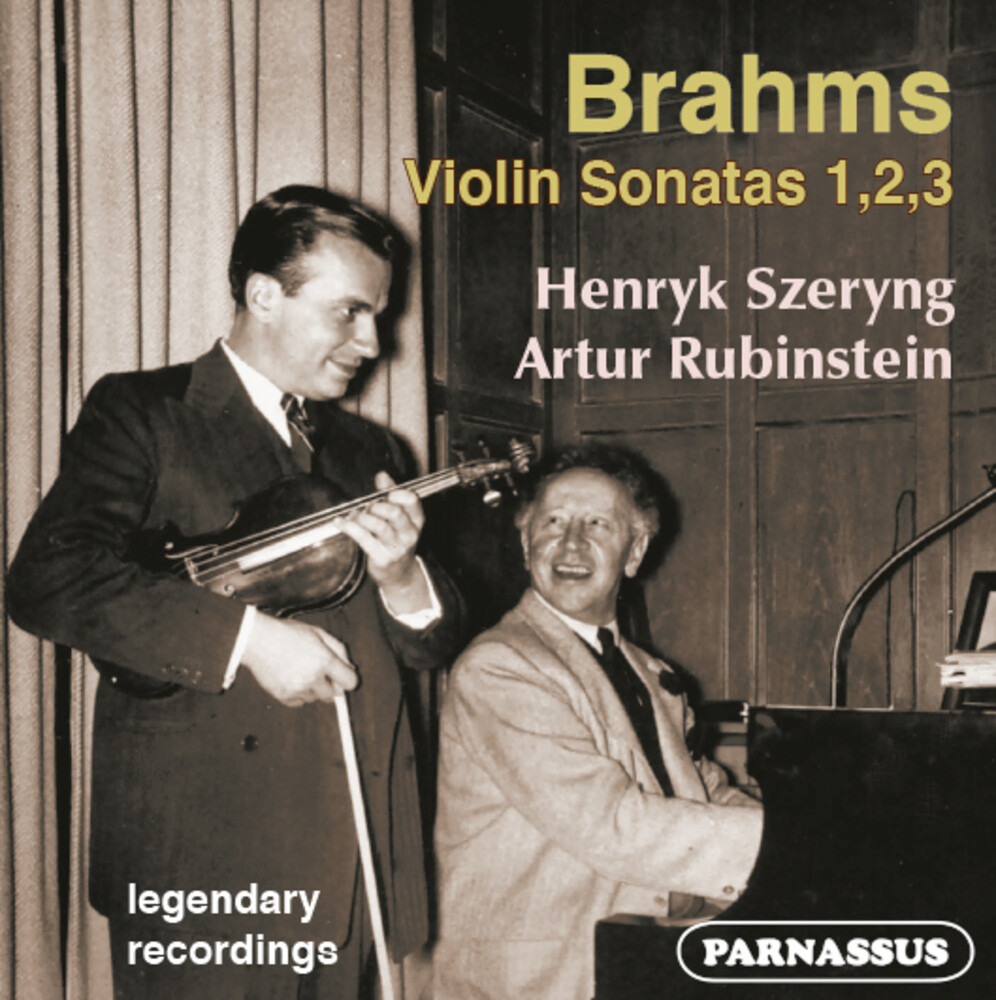 "This disc is a joy. The interplay between Rubinstein and Szeryng is warm and fraternal... a partnership that reflects their deep mutual admiration and friendship. Szeryng's tone is warmer and more lyrical than some... and very well suited for Rubinstein's burnished 19th century sensibility." (amazon) "The two celebrated Polish musicians explore the lyrical side of the music and interpretations are consistently satisfying. In the Brahms G major Rubinstein has rather more character as they explore the dark and explosive side with a powerful and fiery approach... in the D minor Sonata Szeryng's wonderful poise lends an authority to the music that is highly impressive. They play the first movement of the A major with just the right sweet lyricism... Rubinstein rises to tremendous heights, and with such thrilling playing we can easily overlook a slight roughness in the recording but the fire and passion of these performances more than compensate. This is in fact a magnificent record" (Gramophone)