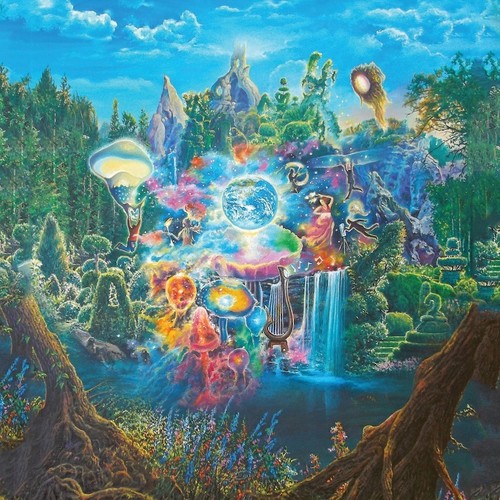 2018 release. Reanimating mid-century space age utopia, visual artist and musician Vinyl Williams returns with his fourth album exploring celestial harmonies and psychedelia soundscapes. Los Angeles based visual artist and musician Lionel Williams was born and raised in a family of musicians, he's the grandson of soundtrack composer John Williams. Since 2010, he's released music under the alias Vinyl Williams. After three albums released on No Pain In Pop (Lemniscate, 2012) and Chaz Bundick's Company (Into, 2015, Brunei, 2016), Vinyl Williams has joined French label Requiem Pour Un Twister for his fourth album: Opal. Throughout his art, both musical and visual, Lionel Williams is always exploring the syncretistic territory between reality and dreams, between earth and space. For him "music is a chance to transmute qualitative opposites into the center, to dissolve all illusions of duality". As "chaos and disorder is an illusion", with Opal, Vinyl Williams is trying to reach a new state of celestial harmony. The result of which is an album fueled with mysticism and space age utopia, ten kaleidoscopic lush pop songs that takes you into a transcendental journey.