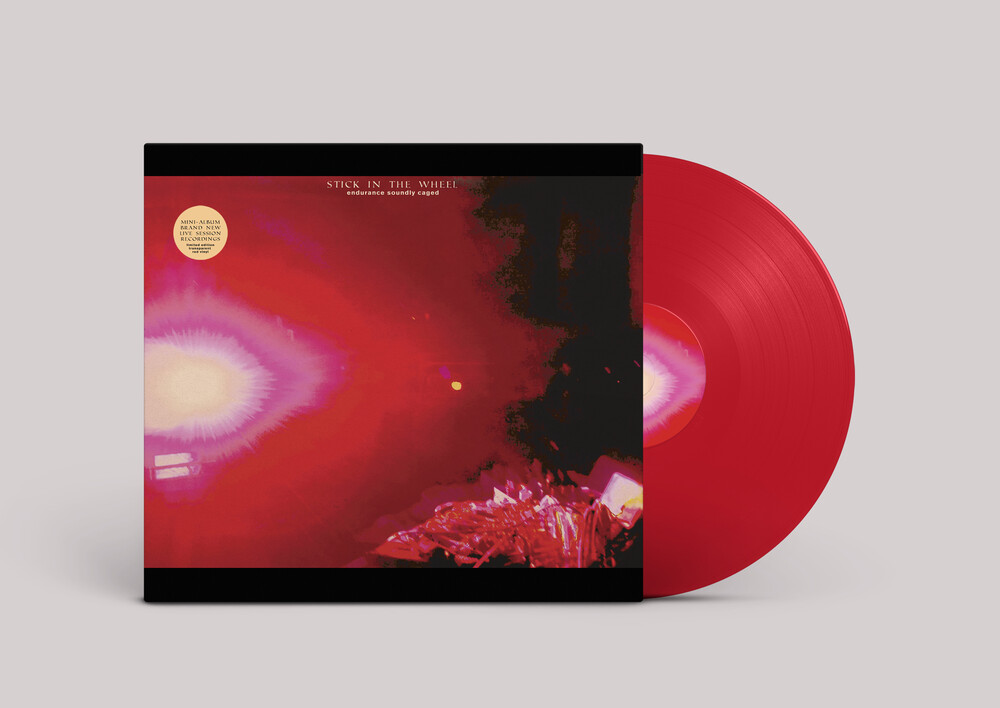 These fresh new arrangements recorded at the renowned Eastcote Studios burst with vital energy, as Stick In The Wheel present live favourites from their recent touring band: Siân Monaghan on drums, George Hoyle on bass, along with Ian Carter's trademark dobro and synths and Nicola Kearey's unmistakable voice. Whereas Tonebeds for Poetry reflected their prolific studio experiments, Endurance Soundly Caged captures the intensity of the last two years' live shows. The raw holler of Bedlam - recently featured in The Essex Serpent (AppleTV) - hardens through to a revitalized, heavier White Copper Alley's sex-worker fable, drawing a line to a supercharged version of Villon Song, a 2020 favorite of both Iggy Pop and Marc Riley. Robot, taken from Tom Cox's short story of the same name, is an all-new version of the menacing folk-horror saga that has mesmerised recent live audiences. An synth-led and autotuned As I Roved Out weaves a 10th Century charm into it's other-worldly pastoral, whilst psychedelic Gold So Red conjures a final spell from one of the oldest surviving carols. The title is taken from a line in Bedlam, from the 1672 songbook "Pills to Purge Melancholy". The last two years saw SITW release studio album Hold Fast (2020), and 2021's more abstract mixtape, Tonebeds for Poetry (#2 Guardian Contemporary AotY), as well as the collaborative project Perspectives on Tradition (2022 with Nabihah Iqbal, Olugbenga & Jon1st). Their relentless approach to questioning traditional music forms is matched only by the energy with which they play it.