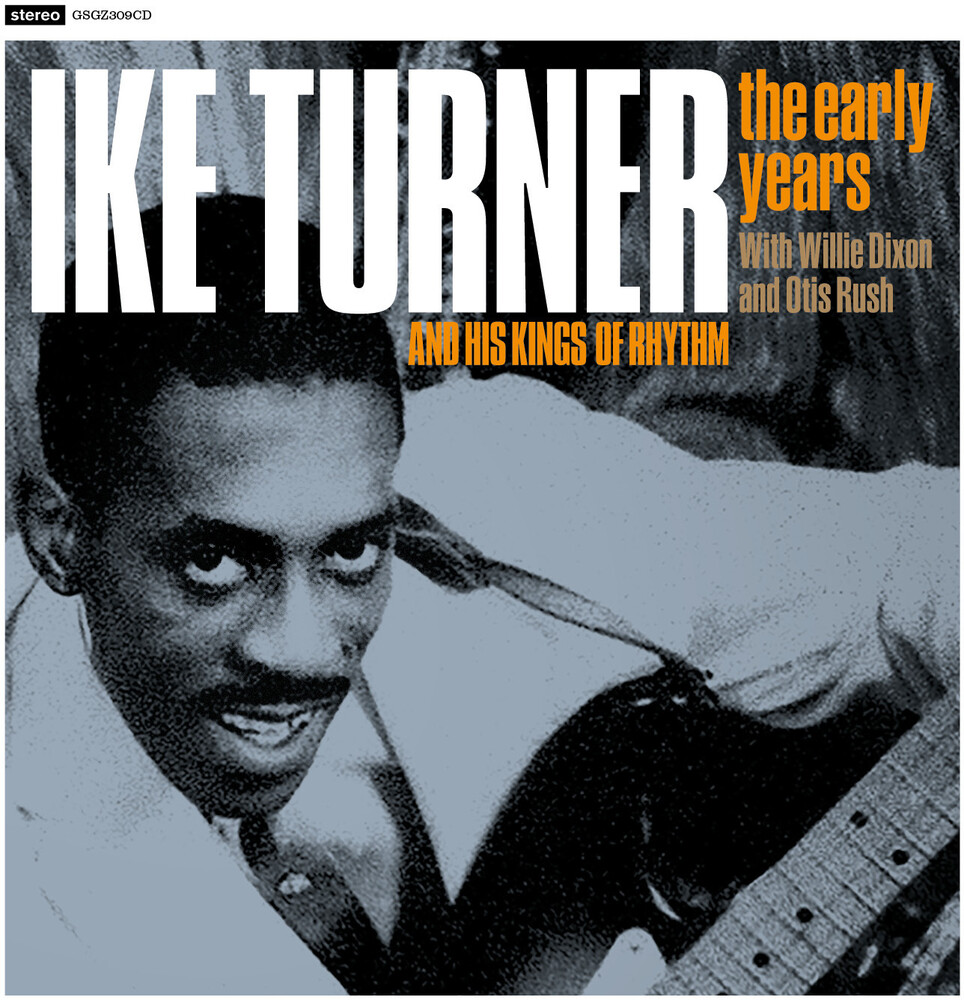 Izear Luster "Ike" Turner Jr. (died 2007) was an American musician, bandleader, songwriter, arranger, talent scout, and record producer. An early pioneer of 1950s rock and roll, he is best known for his work in the 1960s and 1970s with his then-wife Tina Turner as the leader of the Ike & Tina Turner Revue. A native of Clarksdale, Mississippi, Turner began playing piano and guitar as a child and then formed the Kings of Rhythm as a teenager. His first recording, "Rocket 88" (credited to Jackie Brenston and his Delta Cats), is considered a contender for the distinction of first rock and roll song. During the 1950s, Turner also worked as a talent scout and producer for Sun Records and Modern Records. This record collects together some of these early recordings and provides an invaluable glimpse at the genesis of this remarkable performer.