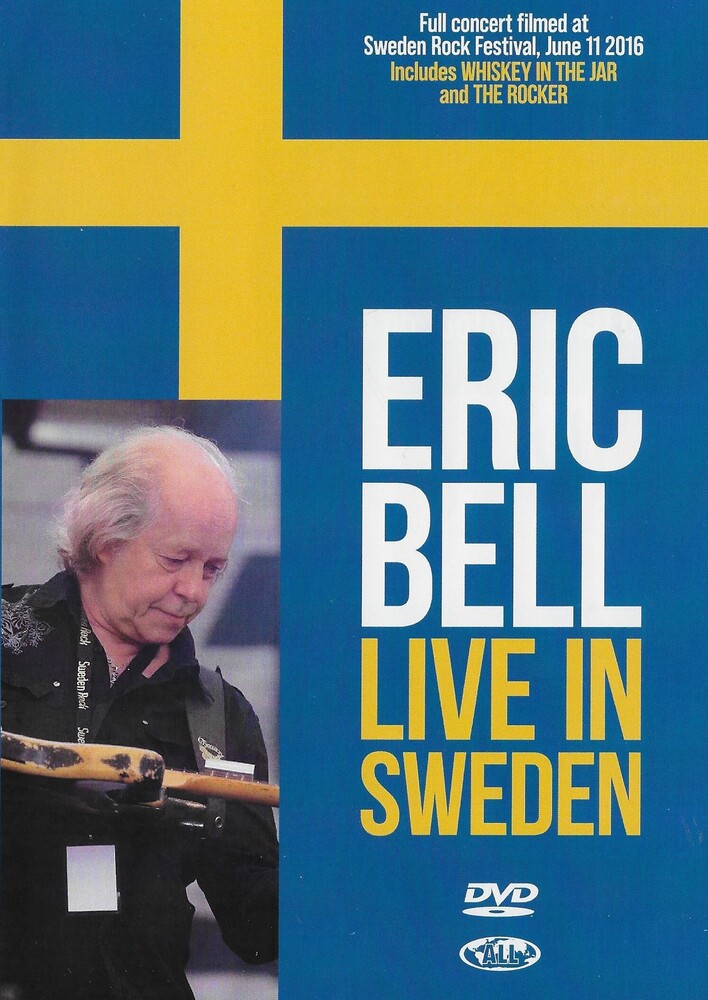 THIN LIZZY FOUNDER ERIC BELL'S AMAZING LIVE CONCERT at the SWEDEN ROCK FESTIVAL Filmed on June 11th, 2016, this high picture and sound quality DVD captures the full performance by Eric and the band, and features Romek Parol on drums and Dave Wintour on bass. The film, shot by five cameras, and beautifully edited, features fantastic versions of 'Whiskey in the Jar', and 'The Rocker', along with tracks such as; 'Shake Your Money Maker', 'Hoochie Coochie Man', 'Further On Up The Road' plus many more.