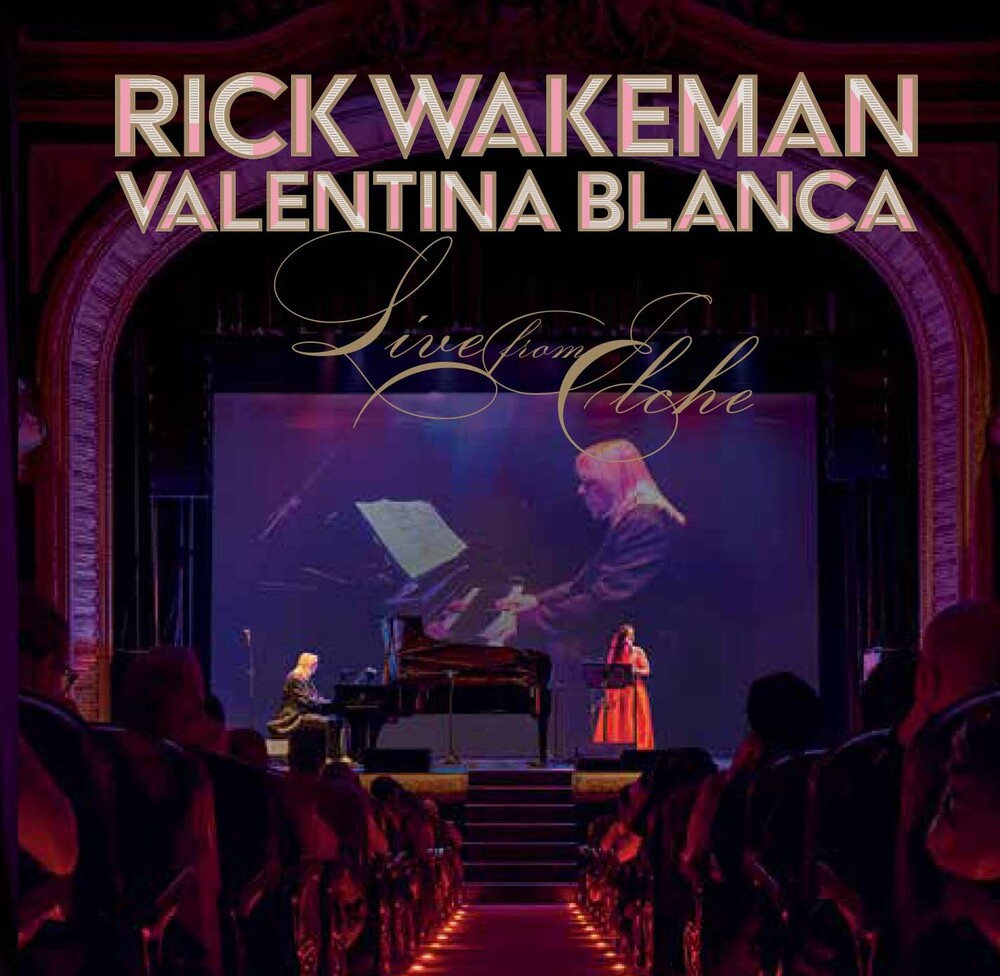 Recorded in 2018 at the Gran Teatro de Elche, in Spain, Live From Elche captures a momentous collaboration between a bona fide legend and an up and coming star who deserves to be known the world over. You've got to be something special to get Rick Wakeman's attention, and Italian singer Valentina Blanca delivered the goods when she emailed the former Yes keyboardist out of the blue, asking if he would record with her. "He told me he received hundreds of emails every day, but he got caught by my voice," Blanca says. Soon, they were recording new songs together, with lyrics penned by Blanca's friend Bruno Rubino, drummer in the Italian band Fiaba. Listening to the results, Wakeman and Blanca knew they had to perform these songs live. A one-off concert at the Teatro Antico Di Taormina, in Sicily, in 2016, "was such an amazing experience we decided to film the entire Elche concert", Blanca recalls. The results are magical: including original songs (La Bambola Di Pezza, Volano Le Farfalle), a reworking of Merlin The Magician, from Wakeman's classic 1975 album, The Myths And Legends Of King Arthur And The Knights Of The Round Table, and tender renditions of traditional hymns (Amazing Grace, Morning Has Broken), the audio CD brings to light a partnership that has only just begun to discover what it is capable of. With a bonus DVD featuring filmed performances of Space Oddity and Life On Mars? - classic David Bowie songs on which Wakeman originally appeared - Live From Elche is truly music of the spheres.