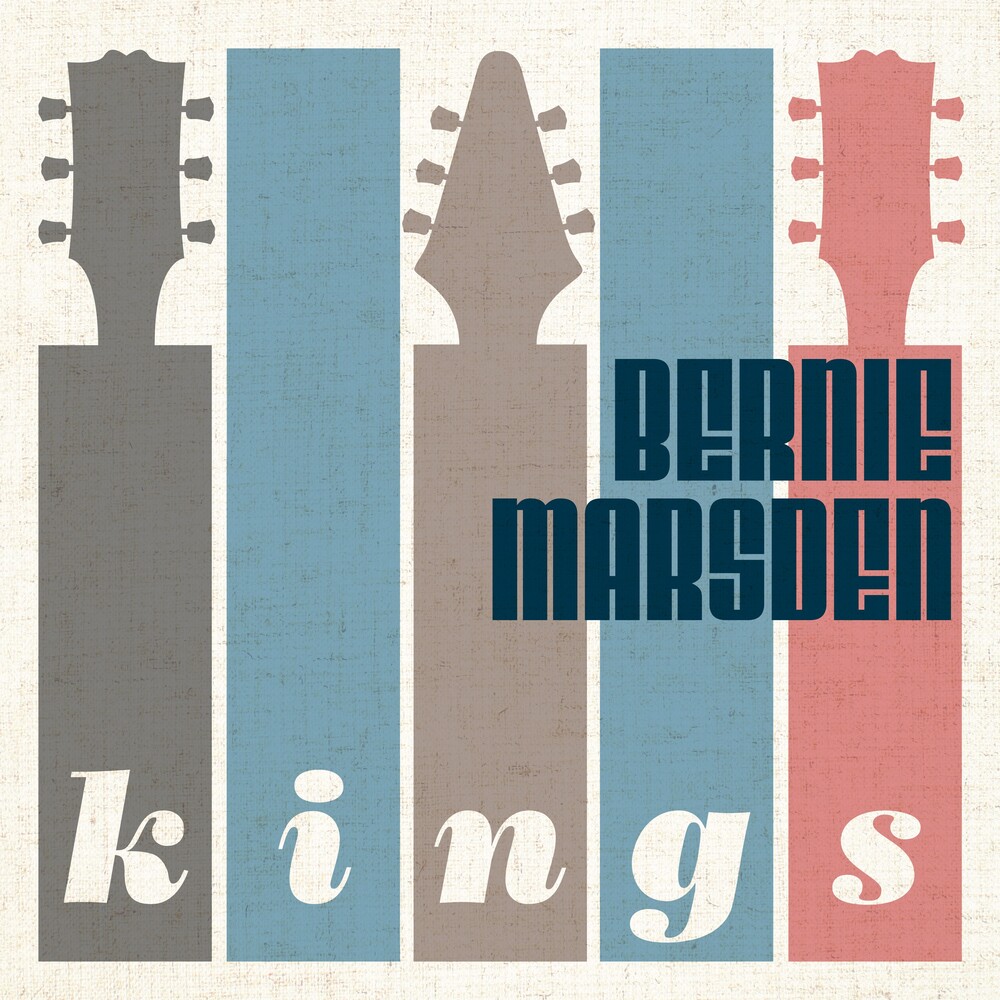 2021 release. Many will know Bernie Marsden for being a founder member of Whitesnake, one of the biggest rock bands of all time, and writing the iconic global smash, "Here I Go Again". Since leaving Whitesnake almost 40 years ago, Bernie has forged an impressive solo career. He is acclaimed as one of the premier British blues guitarists. Featuring 10 songs that were originally recorded by Albert, B.B. & Freddie King, and recorded in a studio in Oxfordshire with a band that just locked into a groove, Kings is chock full of blues and soul. Two Bernie Marsden penned instrumentals inspired by The Kings appear as the final two tracks on the album.