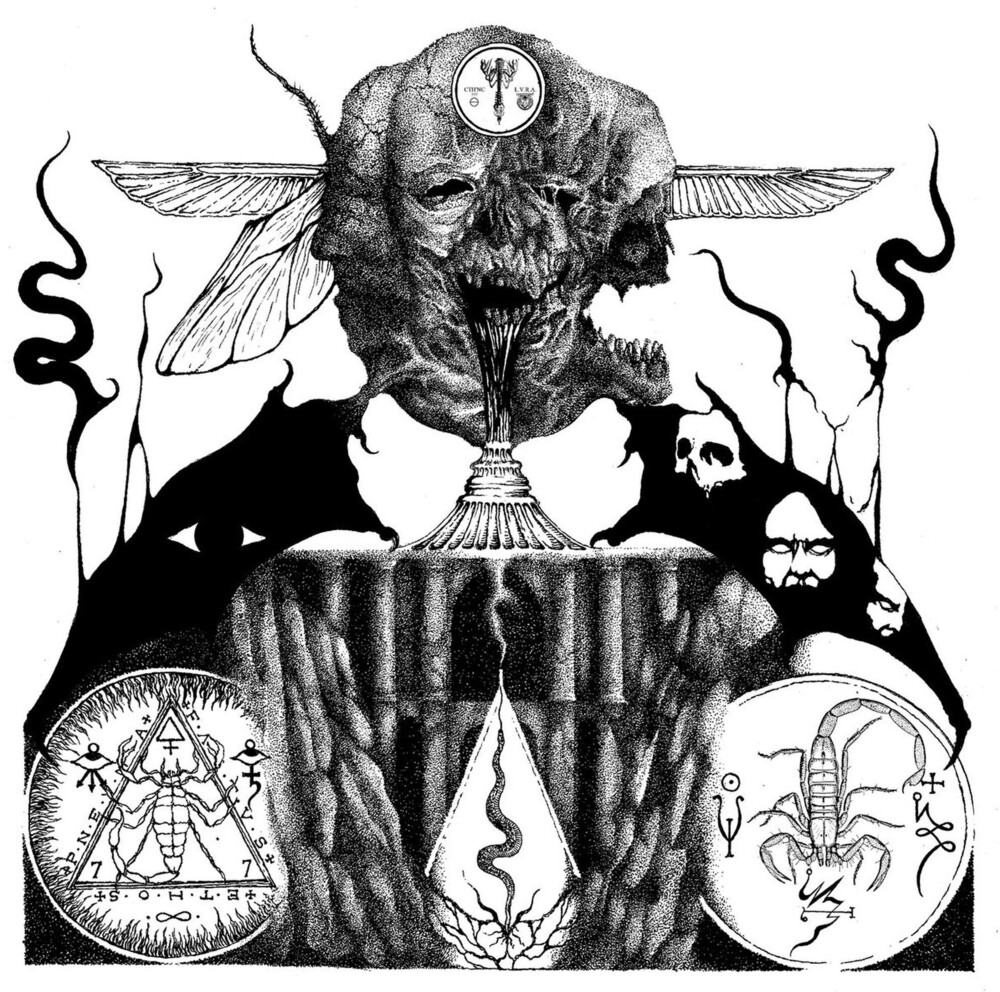 (Please call first)
DISC: 1
1. Act I: The Chalice
2. Act II: The Lantern
3. Act III: The Verb
4. IV:I: Nor the Deadliest Disease Shall Be Compared with His Gift of Salvation
5. V:Ii:... for the Children of He Who Lurks Beyond Shall Not Witness This Showcase of Glory
6. VI:Iii:... Not As Those Who Served and Preached in Obeisance
7. VII: O de Derelictum Domum Sacrorum

On their horrific debut 2xLP "Typhomanteia: Sacred Triarchy of Spiritual Putrefaction", Venezuelan blackened raw death-doom abomination Cthonica summon a slithering scourge of pestilent and blood-curdling extreme metal barbarism rarely before fathomed at a state this inhuman, repulsive, and horrific. Converging somewhere in the middle between the agonizing and pummeling doomed death metal of early Incantation and Immolation and the twisted and serpentine blackened chaos of bands like Beherit, Blasphemy, and Portal, Cthonica have then crawled beyond their influences and any threshold of familiarity by adding layers of decaying noise and sepulchral dark ambient to their abhorrent extreme metal creation, as well as subduing to deranged religious and occult philosophical notions to transcend into the quintessence embodiment of all ritualistic aural abominations.