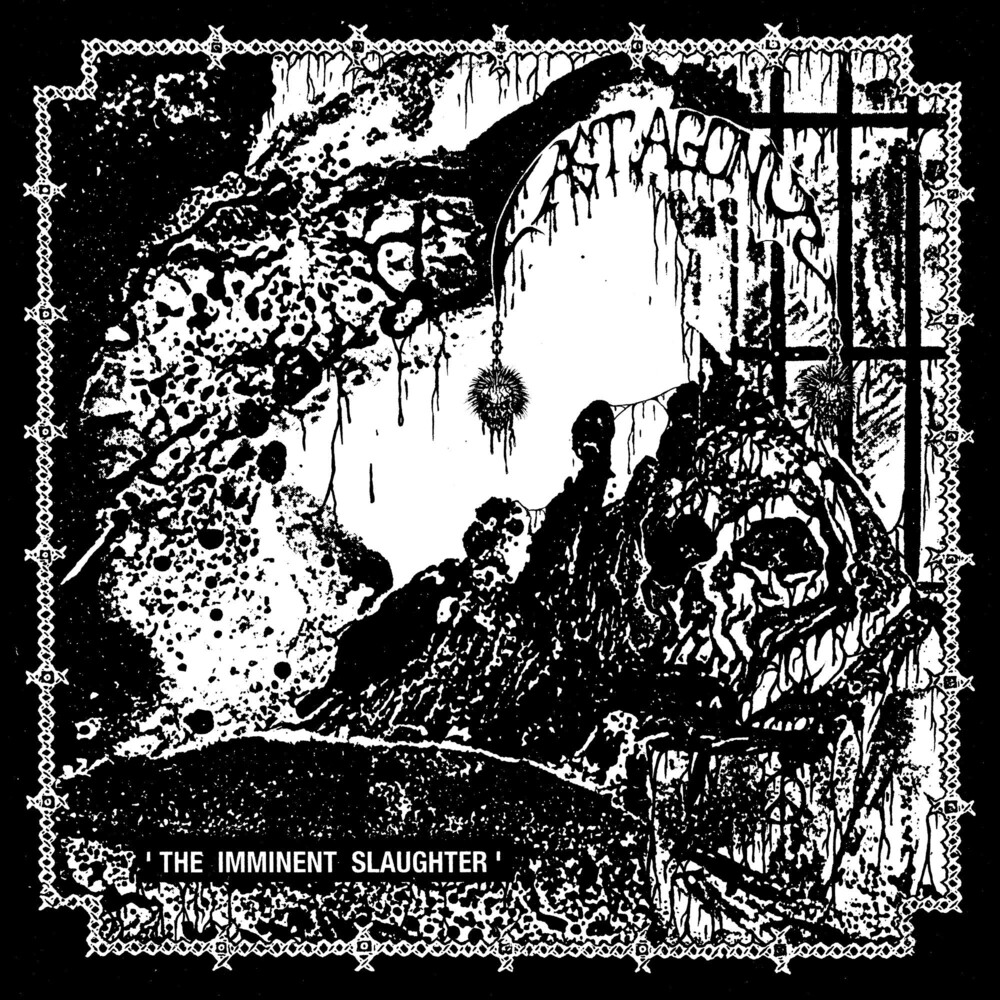 Canadian nuclear wasteland raw hardcore noise-punk incursors Last Agony present "The Imminent Slaughter", their incinerating official debut full-length LP issued in conspiracy with Sentient Ruin. On the savage debut album, Last Agony let loose all their most negative and harrowing visions of a polluted, dark and violent world, birthing one of the most unnerving and lawless strains of primitive aural chaos to have been vomited from the North American punk scene this year. In the war-torn twenty minutes of weaponized aural mayhem, Last Agony put on display an unrivaled sonic assault of primitive cruelty and raw hostility, thrusting influences ranging from European early heavy punk bastions like Doom, Anti-Cimex and Electro Hippies, to Japanese d-beat noise deviants in the vein of Gauze and Deathside, all the way to primitive grindcore vanguards like Repulsion, Extreme Noise Terror, early Napalm Death and Terrorizer into a blown out and noise-corroded terrorscape of total anarchy and chaos. If you like it fast, loud, raw, visceral and lawless, search no further, because Last Agony have brought us one of the most nerve-shattering and apocalyptic storms of unhinged and primordial punk-metal wrath that you will hear all year.