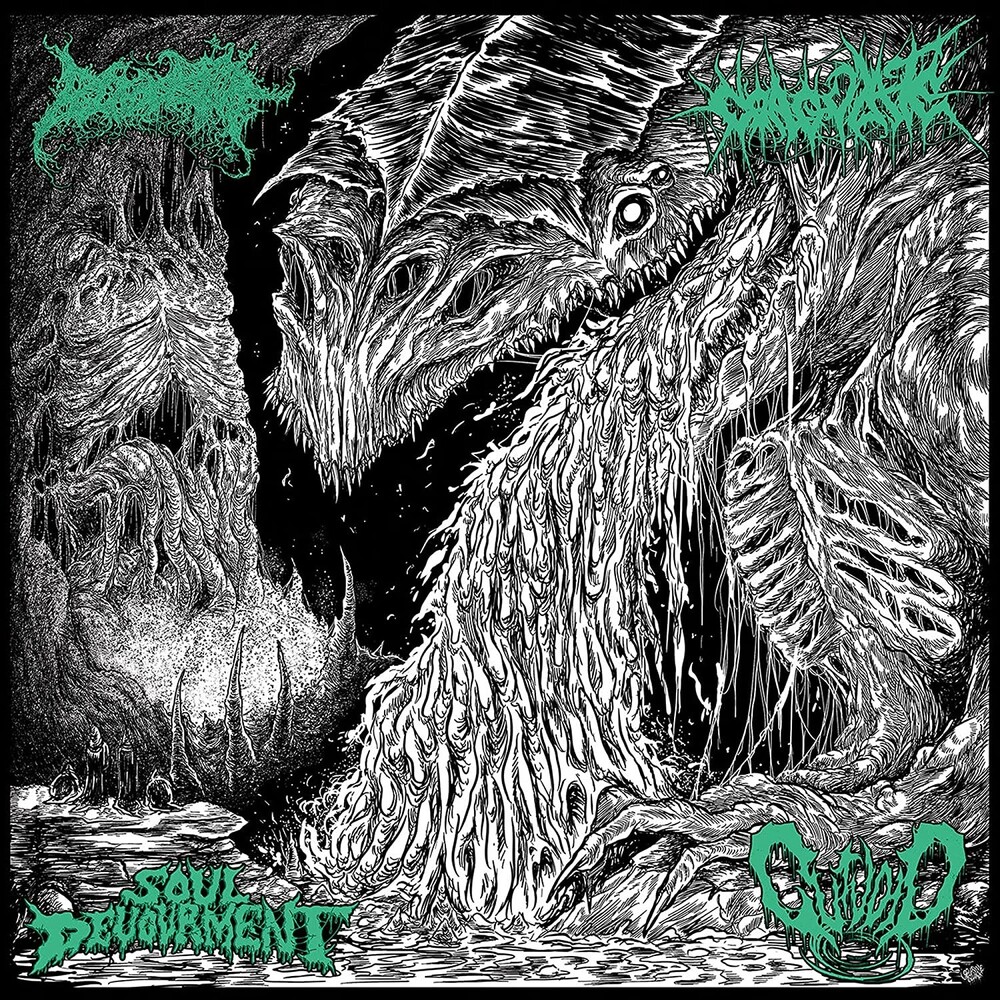 BLOOD SPORE continue their ascent as one of the death metal underground's hottest bands with their opening nine-minute epic "Olfactory Cordycipitaceae Ingress." Utterly lurking, hulking dread, their aptly titled track here simmers with ungodly tension before building into a slipstreaming vortex. COAGULATE follow with their own nine-minute epic, "Up from the Vats (Coalescence of Metamorphic Human Flesh Within a Gelatinous Fetal Stew)." Likewise aptly titled, if not more so, COAGULATE indeed coagulate with subterranean filth underpinned by a primitive pulse that takes obscene shapes as the track twists it's innards. SOUL DEVOURMENT sport a spot-on moniker, and here offer "Veneration of the Ascended." Their track kicks into a grimy gallop and proceeds to slaughter on command, going from slam to high speed with preternatural ease, opening and also closing with eerie feedback. Climactically concluding the split is GUTVOID, who caused quite a stir with BLOOD HARVEST's release of their Astral Bestiary debut EP and subsequent digital single. Going from strength to strength, GUTVOID further finesse their spiraling, sorta-cosmic death with haunting leads across "Murmurations from Twilight Bodies," itself an epic at nearly eight minutes. Totaling 32 terror-inducing minutes, this four-way split among underground death metal's most promising new hordes shows exactly where the slime live!