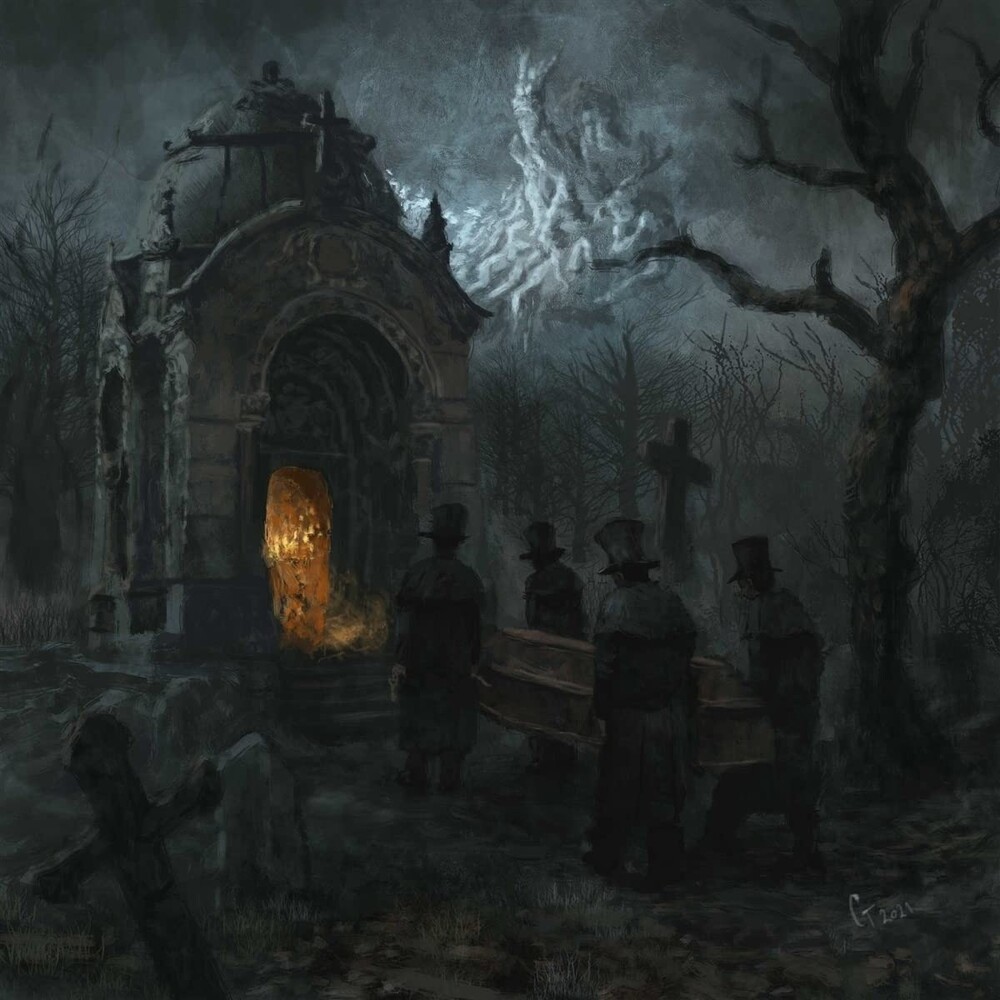 Hailing from Hungary and proudly performing in their mother tongue, ROTHADAS made their public debut in 2019 with a self-titled demo tape for ME SACO UN OJO. A two-song work totaling 16 minutes, RothadĂĄs suggested - and strongly - that the selfsame band had a staunchly ancient-minded vision of death metal but by no means were blinkered by the past. Perhaps this unique dichotomy is down to ROTHADAS being a self-contained duo of vocalist/drummer Lambert LĂŠdeczy and guitarist/bassist Tibor Hanyi - both men equally prolific veterans of the underground, and both concurrently playing in labelmates CRYPTWORM among others. Now, at last do the duo unveil their debut album, KopĂĄr hant... az alvilĂĄg felĂŠ. Here, ROTHADAS erect an eerily shimmering monument of slimy, oftdoomy DEATH METAL: for maniacs, by maniacs, young and old and everyone in between. Armed with an absolutely crushing production, the band's first full-length betrays an eternal wisdom by maximizing the basics as well as nodding to various eras and locales of death metal but only subtly - immersion rather than extraction, and addition by subtraction, tastefully so in both regards. As each of these five lumbering/lunging hulks of dread-inducing sound effortlessly morph into myriad shapes, each one as ghastly and grotesque as the last, it slowly begins to dawn on the listener than KopĂĄr hant... az alvilĂĄg felĂŠ retains a runtime of 44 minutes: truly, an experience that is EPIC - as ever, tastefully and subtly so - rather "epic" in shameless overstatement. Further, ROTHADAS' native Hungarian helps lend another sublime layer of the unique to what is arguably the year's best dark-horse death metal recording... recognize or regret!