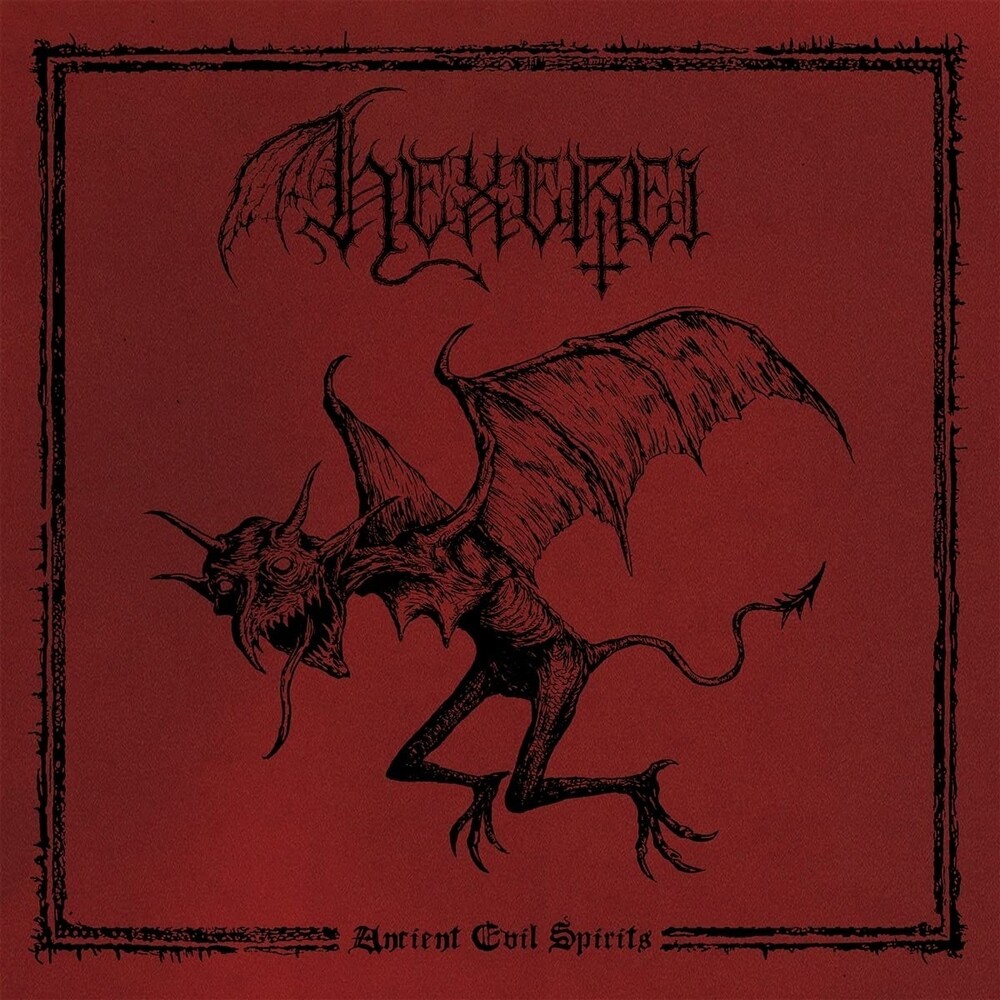 Berserk Finnish raw black metal disease Hexerei bring us their venom-soaked debut full-length abomination "Ancient Evil Spirits", a deranged aural gateway to unseen depths of madness and total hell that will reshape the listener's idea of terror and toss them into the outermost circles of insanity. Comprising of four primordial stabs of blown out and feral homicidal rawness, "Ancient Evil Spirits" overboils from the witch's cauldron with the quintessence of evil like an acid-drenched spell, invoking ancient evil forces, uncontrolled hysteria, and malevolent plague-ridden rituals to torment the listener with merciless violence and abandon. Reminiscent in it's malevolence and primeval cruelty to ancient black metal cults like Darkthrone, Mayhem, Cultes Des Ghoules, and Katharsis, Hexerei however push these limits further and redefine the very concept of total aural filth by working the formula into a wider canvas, with lengthier compositions, an even more perverse emphasis on primitivism, and a more unpredictable and ambitious songwriting that has unearthed truly unsettling and terrifying new manifestations of the craft.