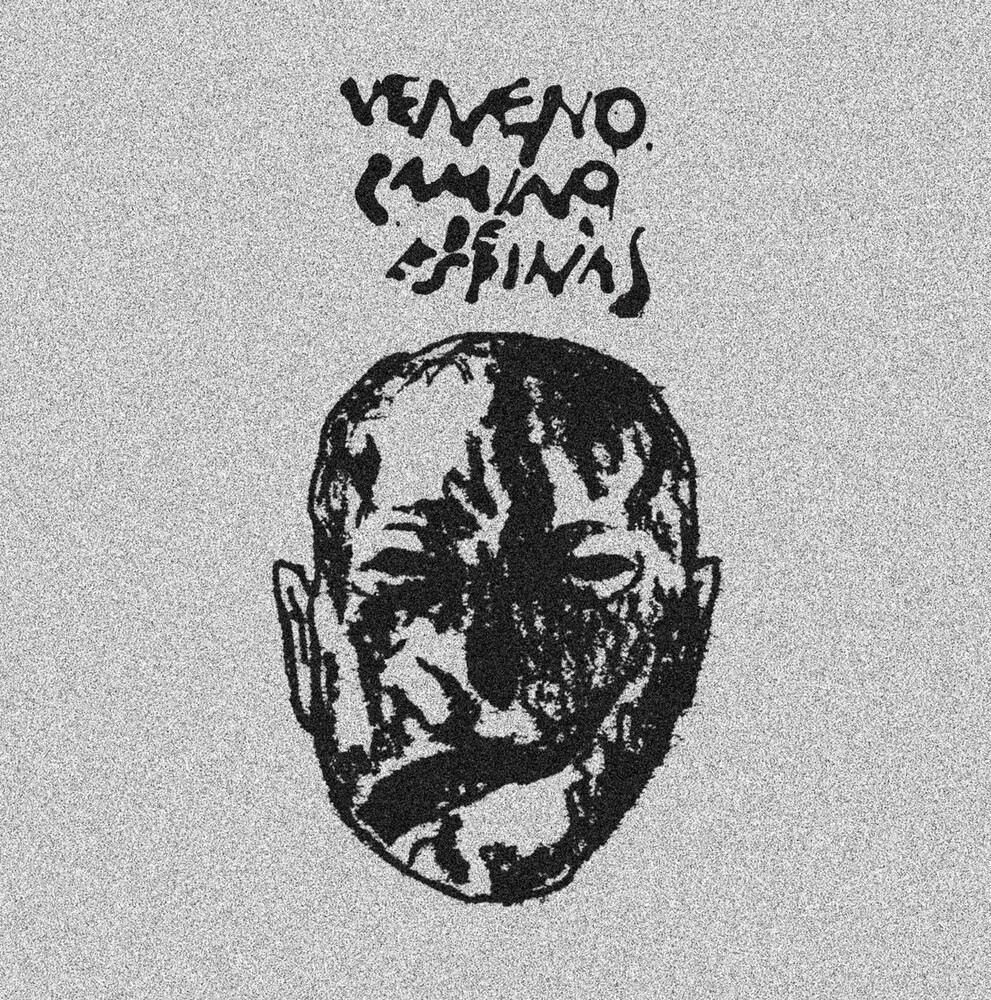 Buenos Aires' Veneno propagate out of the Argentinan punk underworld with a blistering slab of black and demented hardcore punk vomited from the gutters of pure ruin and misery. An erratic and barely held together metastasis of black bestial punk, the "Camino de Espirnas" demo tape evokes embittered visions of alienation and withdrawal, exalting a musical primitivism and regression that works as an aural mirror to a backward society that is only getting worse and rapidly declining. The blackened vocals complement the album's diseased aura of total filth, spewing vomited and bile-drenched narrative on unrest and social turmoil, while the band's lurid cacophony beats the listener down face first into the dirt with feral abandon. The demo's immanent sense of squalor and abjection seems to echo the work of certain primitive black metal/punk sycnretisms which emerged in the 80s, namely those of Hellhammer or G.I.S.M., materializing one of the crudest and most lightless punk releases that the South American punk underground has produced in years.