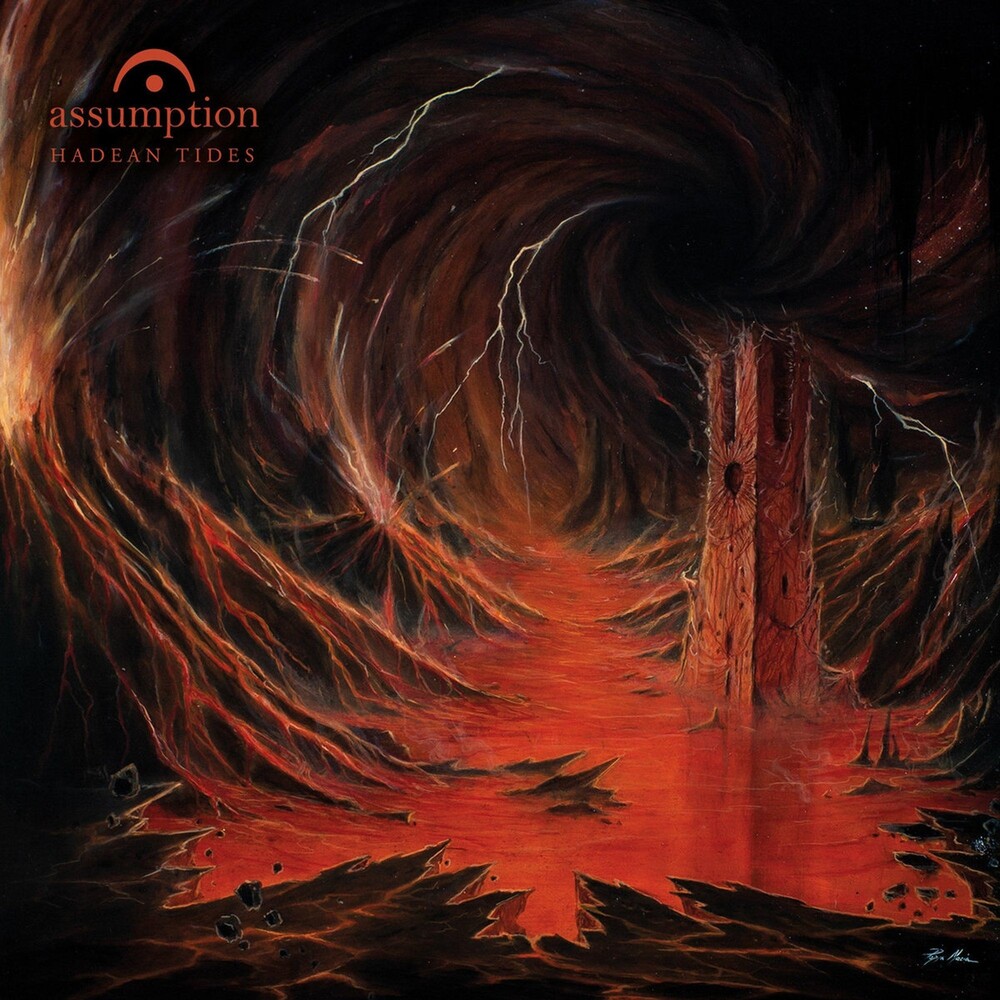 Italian death-doom titans Assumption return with "Hadean Tides", their colossal new full-length album and first new work of new material in four long years. "Hadean Tides" sees the Italian quartet take their dismal experimental slow moving death metal formula into a realm of absolutely soul-disintegrating majesty, unfolding nearly an hour of abysmal downtuned crawling carnage immersed in contemplative dirges and mesmerizing ambience. Few underground extreme metal bands these days are capable of evoking such grandiose visions of aphotic dimensions and of shifted states of consciousness as Assumption can conjure through the hallucinatory immensity of their transformative death-doom. Yet, "Hadean Tides" sees the Italian band seemingly dwell on a plain of creative clairvoyance unto it's own, once again shattering boundaries and exalting an endless stream of influences and boundless sonic exploration to reaffirm themselves as absolute prophets of this visionary death metal transcendence where cavernous gargantuan riffs and supernatural ambient soundscaping interweave each other and are trapped within an inextricable time dilation to form a monstrous aural hallucination adrift unto the abyss. The massive album displays an unseen plethora of chromatics and manifestations of self, adding keys, strings, choral chants and flutes to the absolute crush-depth to mutate effortlessly between the dismal bleakness of bands like Evoken or Esoteric, the comatose encrusted cavernous rot of death-doom legends like Winter or Disembowelment, and the enigmatic ambience abstractions of ethereal experimental bands like Dead Can Dance and Trial of the Bow. The band's masterful melding of styles and transformative approach to the death-doom style incarnates as an absolute colossus of enveloping atmospherics enshrouding a magma of monumental death metal riffs that faces the listener with a deeply spiritual and cinematic listening experience with an immense apocalyptic aura.