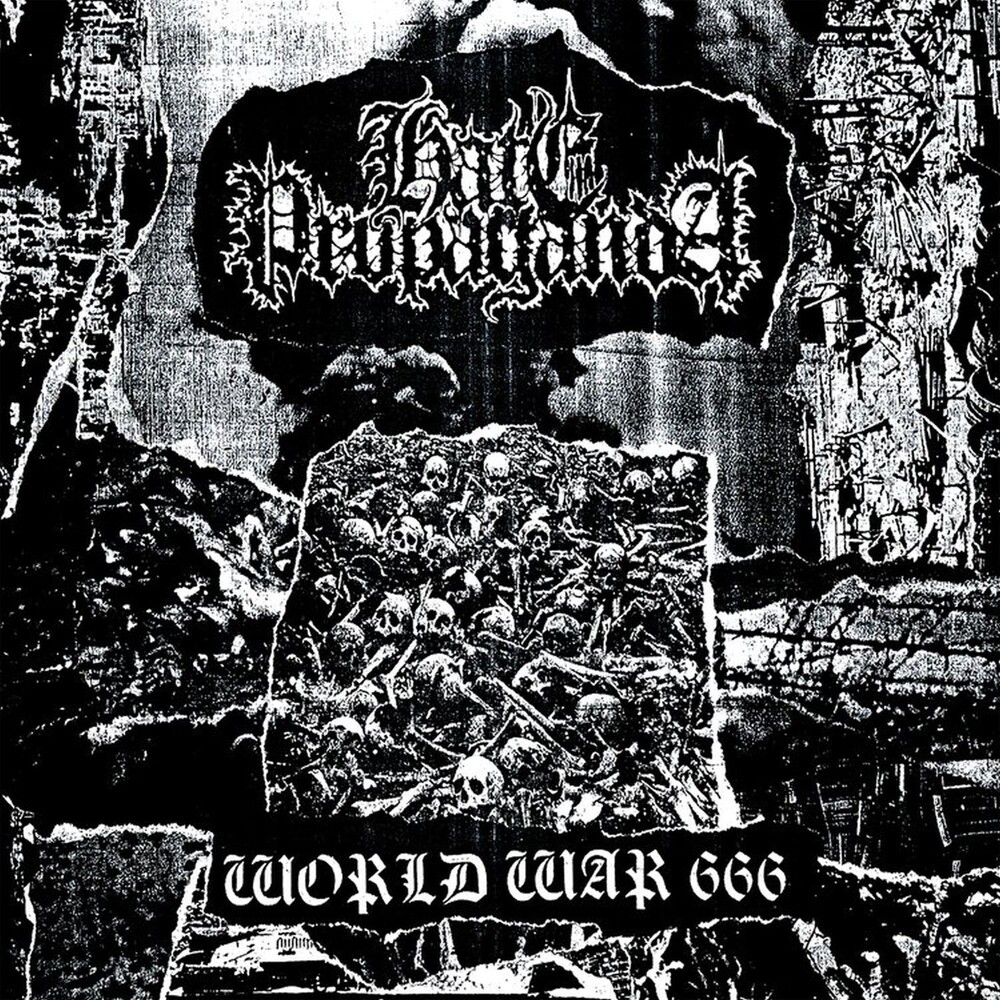 Hate Propaganda's far too overlooked 2019 debut EP "World War 666" sees a much needed reissue on vinyl, remastered and enhanced by brand new artwork commissioned for the purpose by Xerox master P. Van Trigt. When it was first released on cassette tape back in 2019 by War Arts Productions, this war-torn debut offering of primeval warnoise by the mysterious Portuguese war criminals stood out immediately as a crown jewel debut for the genre and as one of the year's most definitive and underrated manifestations of extreme metal's most hateful and berserk fringe. Packing in nineteen minutes of absolute hatred, the annihilating MLP manifests as a nightmare hallucination of complete violence and negativity, evoking eons of perennial apocalyptic global planetary war and terror on the wings of it's nefarious design of achieving maximum annihilation in the shortest amount of time possible. To harness this bleak pantheon of ruin, the Portuguese conquerors have assembled a weaponized and uncontrolled sonic chain reaction where grindcore, black metal, death metal and hardcore punk are all accelerated and instigated into an inescapable payload of death aimed straight at the vital sinews of humanity. A sonic maelstrom churned into shape by an onslaught of obscure violent riffs, psychotic leads and ominous laughter which, parallel to a pulverizing drum performance, emanates from oblivion with an antediluvian, negative aura. Comparisons to bands like Diocletian, Heresiarch, Tetragrammacide and Nuclearhammer will run abound, yet these would be only easy superficial conjectures as this is a manifestation of sonic extremism which dwells on a plain of excellence entirely it's own. It's uniqueness transpires particularly in the maniacal drumming which underlines the band's hardcore and punk influences, and is exalted further by an unusually crystalline production and by a masterful onslaught of uber-audible riffs hiding behind nothing and seemingly going in the opposite direction of the homogenous and indiscernible sensorial smothering the genre usually opts to go in.