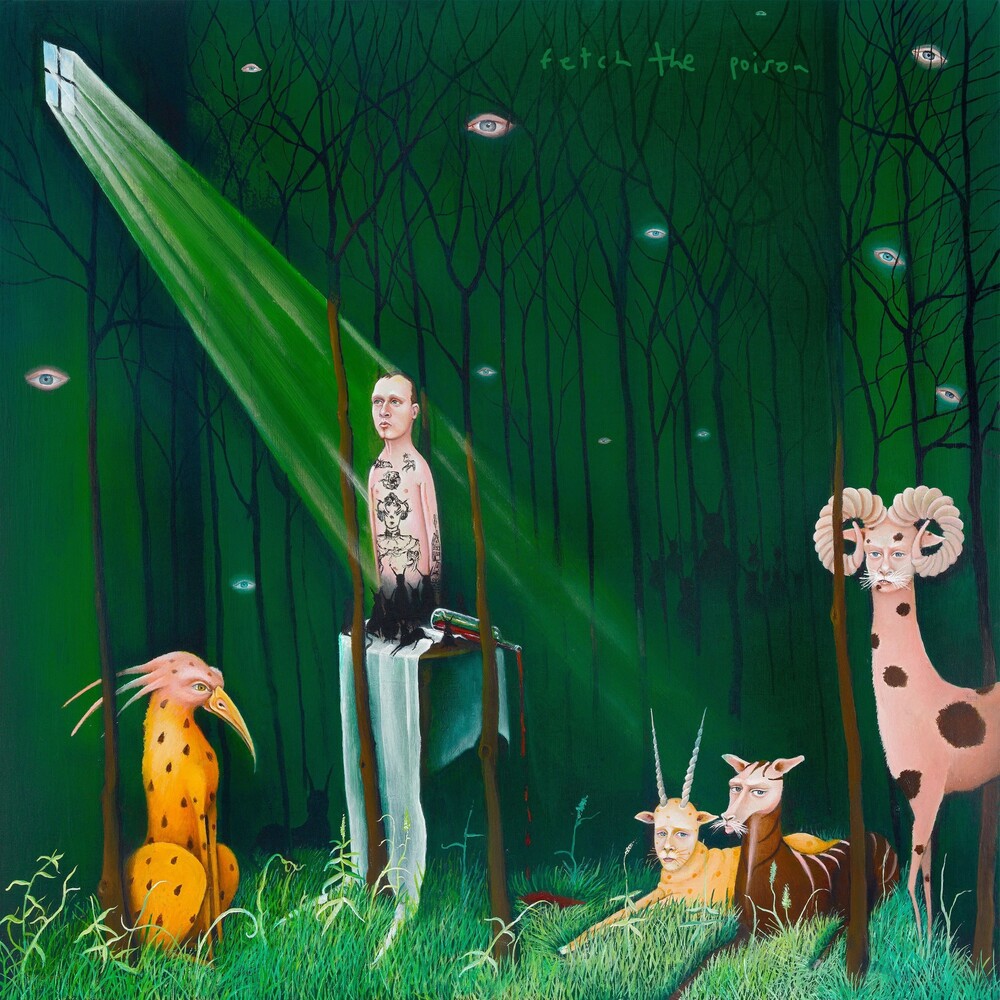 Alt-rap dissident Jam Baxter announces his newest solo venture, Fetch the Poison. Conceived during a state-wide alcohol ban in Mexico, the album is Baxter's first to be composed in complete sobriety - though his hallucinatory style of storytelling and cast of monstrous characters make a welcome return. Lyrics on Fetch the Poison meld Baxter's Latin American experience with visions of a grisly alternate dimension: sun, sea and glittering vistas are sullied by hollow-eyed addicts, shady bar tenders and duplicitous lovers. Amongst deft bars, the rapper includes a number of spoken word pieces that echo the prose in his now sold out book Off-Piste. The album also features Blah Records' Nah Eeto & Black Josh, as well as DJ Sammy B-Side and Jehst, alongside Brazil's NOG, Black Alien and Xama. Baxter reunites with frequent collaborator Chemo on production - now under the moniker Forest DLG - for much of the album, with appearances from Jack Danz, Dr Zygote, Wundrop (CMPMD) and Midlands' electronic stalwart Lenkemz. Despite it's diverse credits, tracks are connected by icy, spaced-out electronics with beats twisted through tape distortion and anchored by chest- rattling bass. Baxter began writing the album in Mexico just before the pandemic began while holed up in the city of San Cristobal de Las Casas, Chiapas, as the world shut down. "All the streets were eerily empty and it was amazing. I had the city to myself," he says. "Then suddenly there was a state- wide alcohol ban and I could no longer casually sip tequila as I went about my business. I didn't really have a choice but to write" With no alcohol to fuel him, and San Cristobal largely silent, the rapper says he was surprised to find himself in a deeply creative - and prolific - state. "I took to it amazingly well, and I wrote this whole album in three months of clear-headed bliss in the same apartment. I would sit and write all day, and occasionally walk up a mountain when I got stuck... or go and feed the stray dogs at the church on top of the hill. It was weirdly the most fun I'd had in years." Fetch the Poison is Baxter's seventh solo album