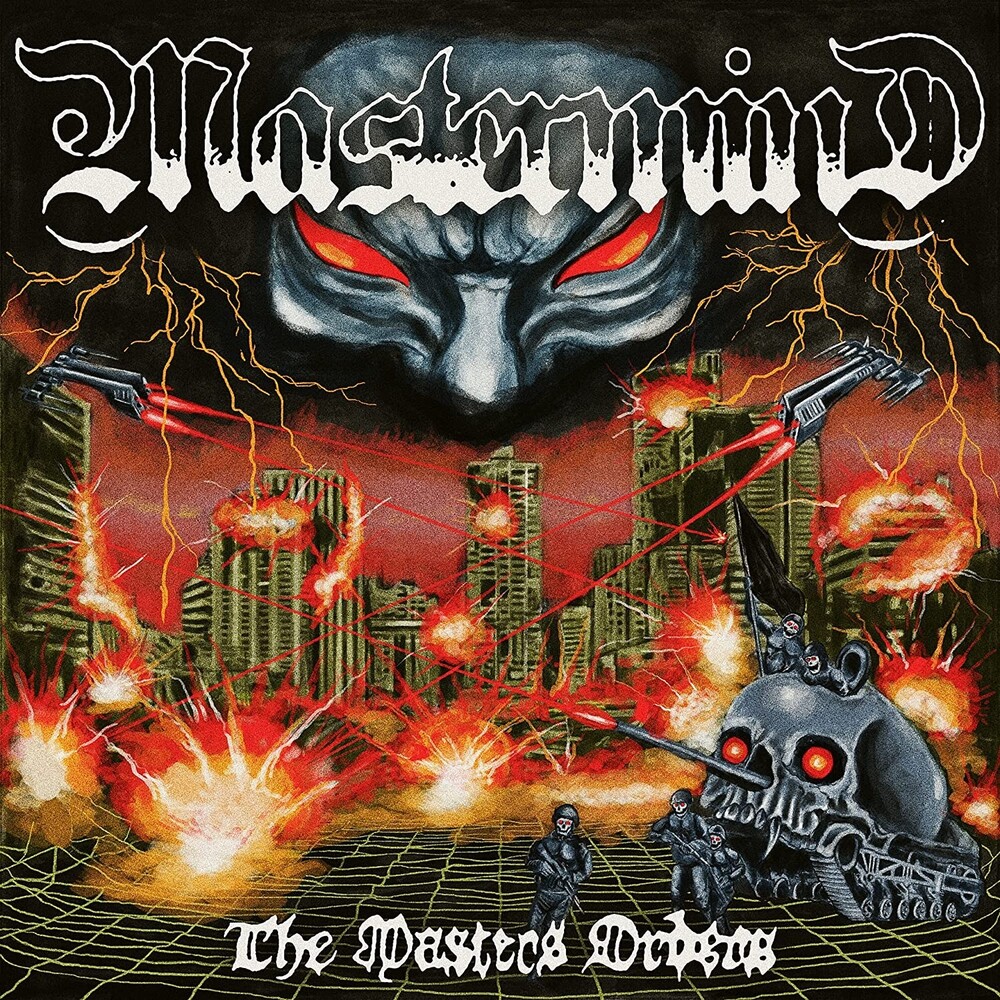 Members of Island of Love, Imposter, Lawful Killing, Antag-onizm, Powerplant. For Fans of Sheer Terror, Crumbsuckers, Cro-Mags, Slayer. Quality Control HQ proudly releases The Masters' Orders, the new LP from South London UK hardcore band Mastermind, the jewel in the crown of UKHC. This is the band's third release after 2019's Bad Reaction EP and comes on the heels of recently released single "Price You Pay". The new release, which was recorded at East London's most vibrant independent music hub, Fuzzbrain Studios, finds Mastermind continue to walk a well crafted line between almost jazz like song writing wrapped in the meat and potatoes sound of 80s NYHC, but this time amping up the rabid dog energy to another level. Having played with a range of punk and hardcore bands from Judge to Chubby and the Gang on their home turf, this summer sees Mastermind, with members of Island of Love, touring with NYHC upstarts Combust across Europe and playing Fluff Fest, equally comfortable playing to punks, metalheads and everyone in between. If one proposes that the classic late eighties NYHC sound owed a chunk of it's identity to blue collar meat heads from Queens, then the same can be said for London hardcore's meatiest riffs coming from Croydon cousins who work construction, built their own instruments and met their lead guitarist on the tram. This band reminds me of Rest in Pieces, Breakdown, Sick of it All, Sheer Terror, Inside Out NYC, and a touch of Cleveland's Die Hard with a healthy dose of crossover picking and a heap of sick guitar solos. Something all of the above bands had in common was the ability to blur the fine line between great genius and great stupidity. It's a delicate natural balance reached only by bands that don't take themselves too seriously but would kick your ass if you called them a joke. There is a clearly defined love of hardcore, in it's many forms, behind the songwriting in Mastermind - a band of young heads and scene mainstays who intend to have fun playing hardcore the way they like it. After a four year run with a solid demo and a crushing EP, Mastermind are ready to present you with their masterpiece - The Masters' Orders Genre: Alternative / Punk & Hardcore