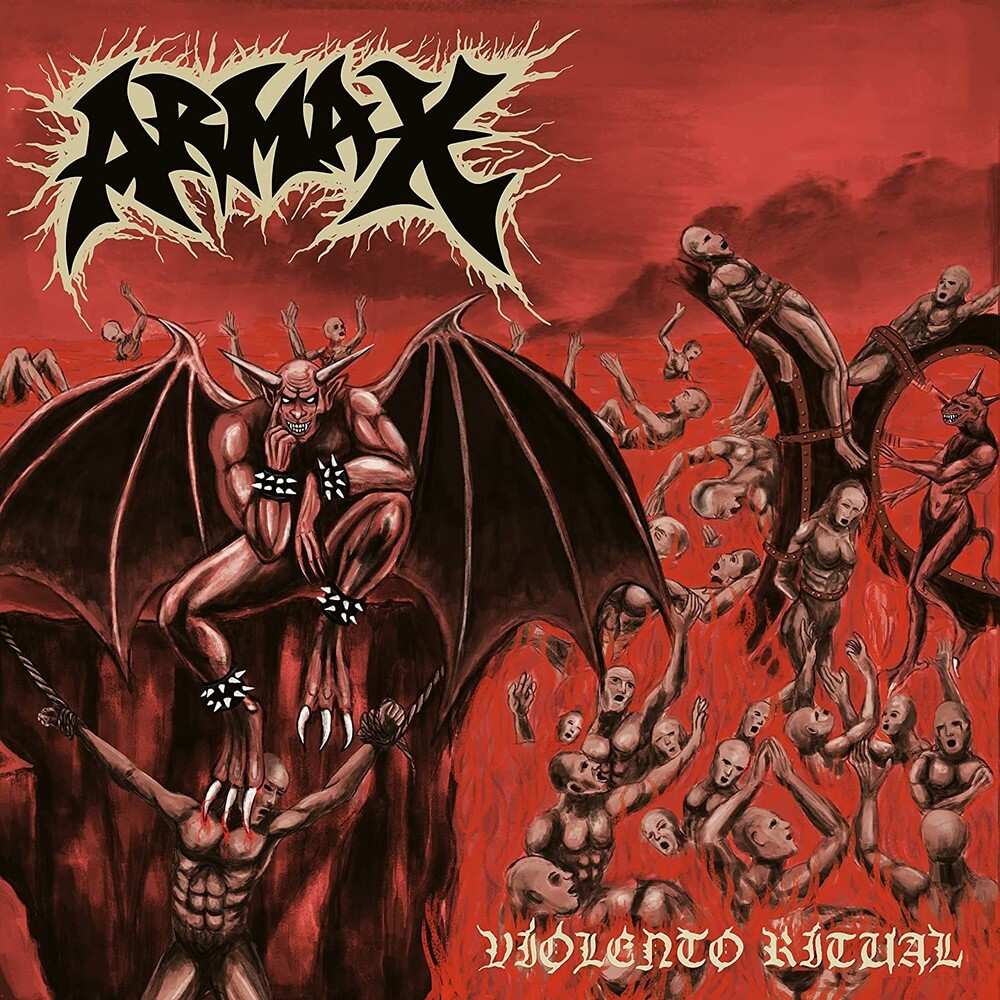 Arma X burst onto the hardcore scene in 2019 with a demo that made people take notice from day one, seemingly coming out of nowhere, along with a whole host of new bands from Madrid. Taking the best of heavy hardcore styles, whether it's Cleveland Straight Edge or NYHC Beatdown, Arma X are making it their own with tunes breathing new life into the genre in their debut album, Violento Ritual. Not for the faint of heart, the band are also redefining just how many dive bombs and breakdowns you can have in one song thanks to guitarists Yoshi and Rodri, and we are here for it! Vocalist Leo sings in Spanish, because there will be no appeasing to the English speaking hardcore masses here and rightly so. The result is vocals that just get taken to another level, delivered with Leo's huge rasping voice not too dissimilar to Integrity's Dwid, commanding over what sounds like a straight up war zone. Lyrically Arma X rock about the Straight Edge, naturally, as a true form of outsider behaviour within punk and also dark moments of anger in one's personal life through occult imagery. Meanwhile drummer Tania and bassist Iker waste no time in pummelling out beats you want to smash heads to in the pit. The group are all hard working members of the Madrid hardcore community keeping their local scene vibrant and inclusive for all, reflected in the band themselves. Thanks to that hard work, along with many others from this new generation, the Madrid scene has been growing from strength to strength for the past 3 years. Arma X are part of this new wave of bands and DIY ethic that is selling out local only shows and making a community that stands strong.