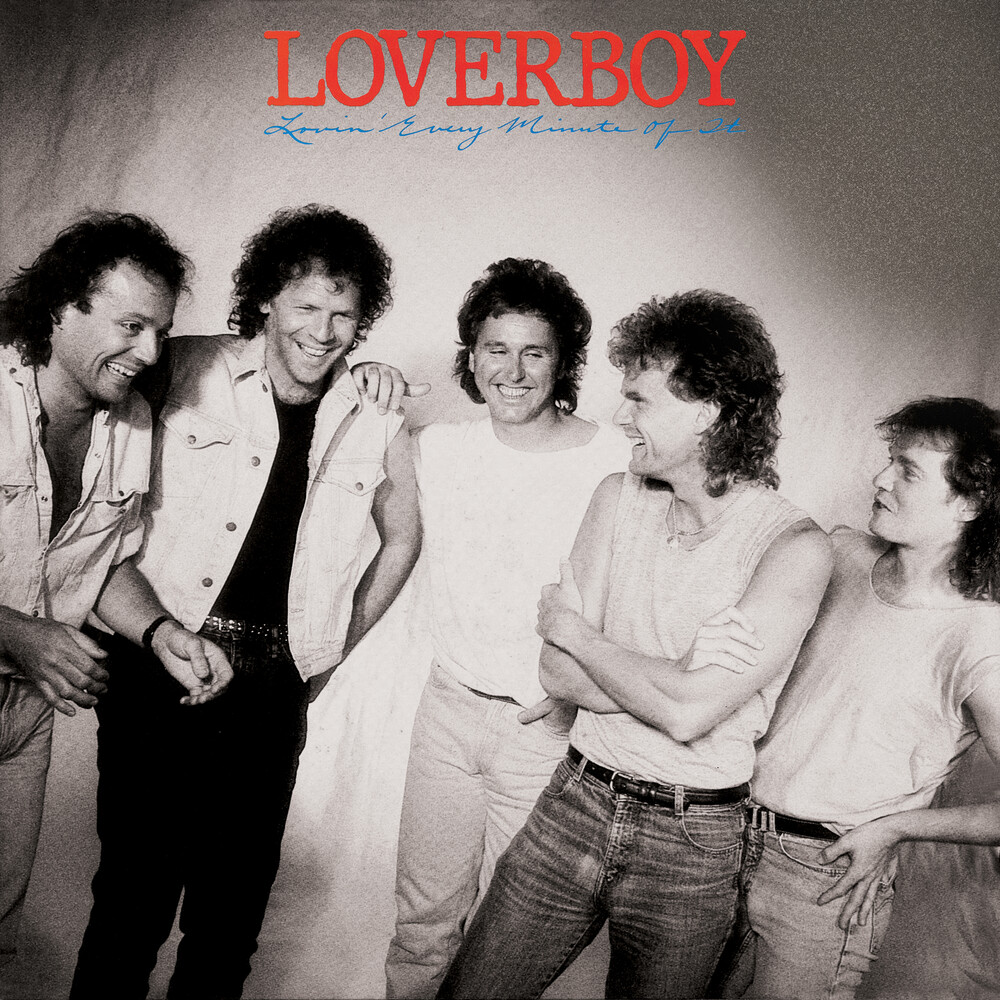 (Please call first)
DISC: 1
1. Lovin' Every Minute Of It
2. Steal The Thunder
3. Friday Night
4. This Could Be The Night
5. Too Much Too Soon
6. Lead A Double Life
7. Dangerous
8. Destination Heartbreak
9. Bullet In The Chamber

Fully Remastered Audio / Canada's Platinum-plated prospectors mining precious metal for their 4th album / Co-Produced by Tom Allom (Judas Priest, Def Leppard, Krokus) / Includes 'Lovin' Every Minute Of It', 'Steal The Thunder' & 'Dangerous' / 16 page full-colour booklet, 4,000 word essay with new interviews, enhanced artwork & previously unseen photos - LOVERBOY'S RISE TO fame was pretty much overnight. This well respected five piece Canadian band had struck gold with their debut release in both their home country and the USA, giving them a foothold that showed no signs of eroding. Indeed, 'Lovin' Every Minute Of It' was their fourth album and continued their conquest, offering up two classic hit singles with the title track and 'This Could Be Right', both of which hit the top 10 on the Billboard charts. It was quite a Cinderella story made even more powerful by the fact the band maintained the same line-up, but this time switching from their original studio team to British producer 'Colonel' Tom Allom (Judas Priest, Def Leppard, Krokus) still though opting to record in Vancouver at Little Mountain studio. Paying meticulous attention to detail and choice of material, they had numerous well known contributions including Bryan Adams & Jim Vallance, Jonathan Cain, and, not least of all, Robert 'Mutt' Lange who penned the title track, a standout song that kept their commercial appeal right at the front of the public's interest. With Tom Allom at the desk it was also an album that beefed up the band's rock credentials throwing extra weight behind Paul Dean's guitars and fine-tuning Mike Reno's vocal recordings to an impressively high standard. Issued in August 1985, the album continued their magic chart success, going on to sell over three million copies and garnering impressive reviews from both fans and critics. Bolstered by superb tracks such as 'Steal The Thunder', 'Dangerous' (also a single) and 'Bullet In The Chamber', the album remains an essential brick in Loverboy's impressive ammunition.