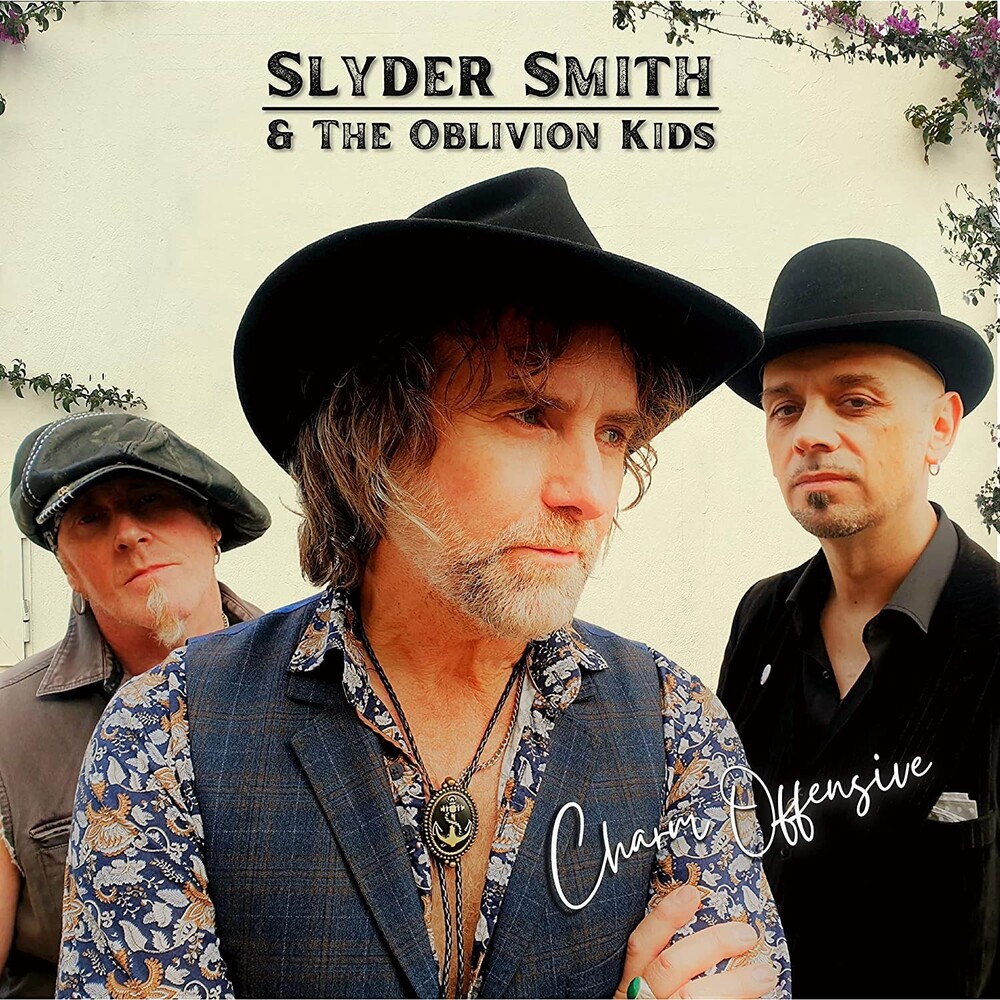 Slyder Smith first swaggered onto the stage as lead guitarist with glam-tinged power popsters, Last Great Dreamers. After releasing four studio albums and one live album on Ray Records & having toured extensively throughout the UK & Europe with LGD, Slyder now takes centre stage leading Slyder Smith & The Oblivion Kids (Tim Emery, Bass and Rik Pratt, Drums) in an honest outpouring of grit, glamour and emotion. Stepping out of the shadows and into the spotlight, the self-confessed 'frustrated lead singer' has been forced to delve deep into his own psyche, to carefully craft lyrics and melodies that speak from the heart. Slyder's emotive vocals are powerful, yet melancholic, the perfect balance of light and shade sitting effortlessly within the sonic landscape of his varied rhythm guitar sounds and highly melodic & anthemic lead lines. "This album has been a real labour of love for me, I've really put my heart & soul into it. Over the last year or so I've been working very hard developing my guitar playing, music & lyric writing pulling myself in all sorts of directions, really stretching myself. I feel I have accomplished what I set out to do, create songs from the heart in no specific genre & perform them to the best of my ability on the record. I guess for years I have been a frustrated lead singer so I have relished the opportunity to showcase what I can do vocally too." - Slyder Smith - Stage left, Slyder is joined by Tim Emery, a towering enigma, whose stylish bass lines are the only thing to outshine his impeccable apparel and at the back sits the Oblivion Kids' powerhouse and beat master, Welshman, Rik Pratt. A man of few words but whose presence is palpable in this rock steady rhythm section. But this is no ordinary guitar-based rock album; together with producer Pete Brown (George Harrison, Siouxsie & the Banshees, Marc Almond, The Smiths and Sam Brown), Slyder has allowed the songs to dictate the direction they have gone in; discovering melodies and hook lines along the way. Making use of Hammond organ and piano with the help of Neil Scully (Richard Davies & the Dissidents), a 1950s Phillicord organ, lap steel guitar & even a bit of banjo. A chocolate box of sonic sensations offering up a little something for everyone - from heavy riffage with walloping drums akin to the brothers Young to the anticipated sleaze rock shades of Hanoi Rocks. However, this band is not afraid to step away from their rock roots, instead, with nods to the likes of The Doors, Velvet Underground, The Stranglers and The Kinks from the past and the alternative rock sound of Manic Street Preachers, The Oblivion Kids have reimagined an 80s synth pop classic and mastered singalong pop, gothic, dark Americana, and dare I say it, funk rock?! There are a few firsts for Slyder on here too in the form of an instrumental track with a western feel and to a duet featuring the ethereal vocals of Nina Courson (Healthy Junkies). The result is an idiosyncratic 14 track album of outstanding versatility. A Charming debut, I'm sure you'll agree. Charm Offensive by Slyder Smith and the Oblivion Kids will be released through Ray Records on 12" black vinyl, digipak CD.