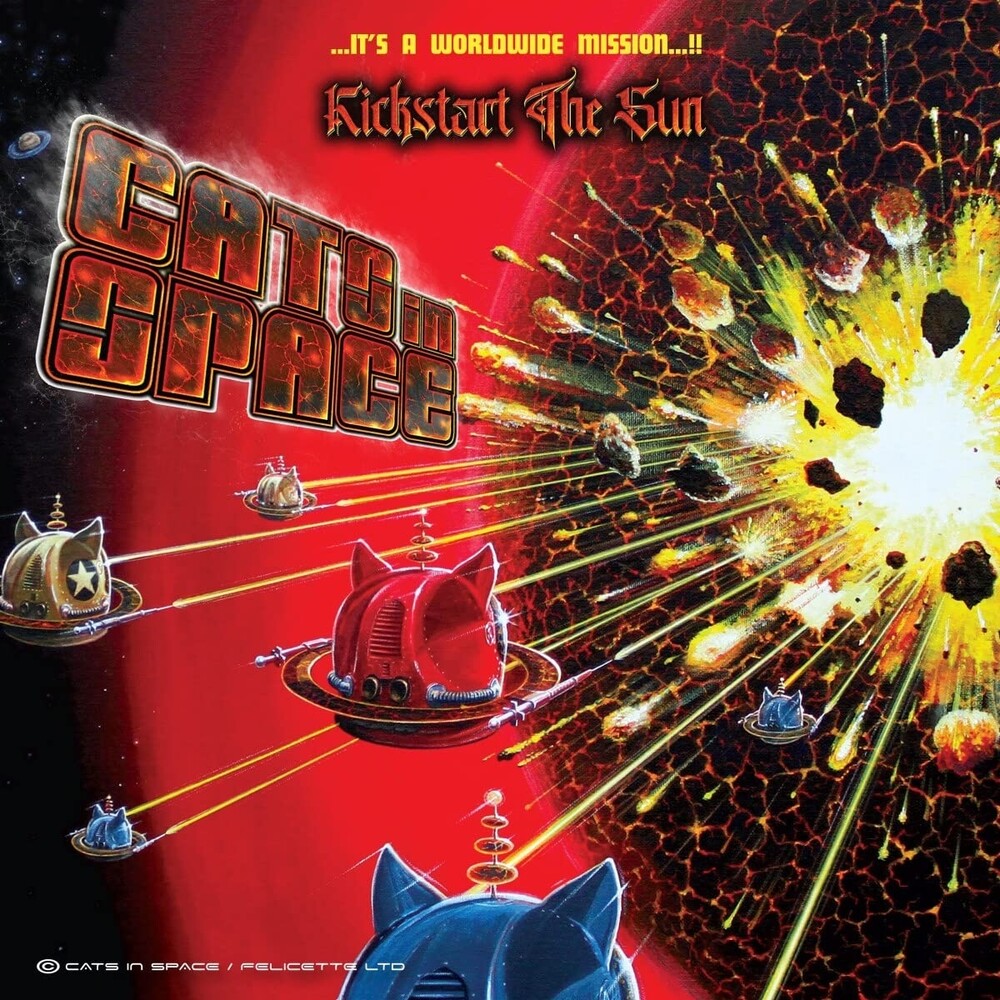 The familiar team of producer/guitarist and principal songwriter Greg Hart and engineer Ian Caple sees the new album clocking in at a 'stratospheric sixty-three minutes' across a double album in a variety of colored formats, with an expanded limited double CD also on offer. Joining the CATS on the fifteen-song opus is the legendary Pedal steel player B.J. Cole who guests on several tracks. Alongside B.J. is the Australian virtuoso Ian Cooper dubbed the 'One Man String Orchestra' and for the first time a real brass and horn section courtesy of Jack Birchwood. But, there is more! Guesting vocally alongside seventh cat Mick Wilson is Emily Lynne and Lara Smiles from the Australian Pink Floyd and 'The Duchess' Julie Maguire, who gets to sing an incredible duet with CAT frontman and co-writer Damien Edwards. The familiar CAT line-up of Steevi Bacon on drums/co-writer, Dean Howard on guitars, Jeff Brown on bass/vocals and the 'Mad Hatter himself' Andy Stewart on keyboards, alongside Damien and Greg have all delivered 'performances of giants' according to engineer Ian Caple. The whole album climaxes on side four with ten minutes of what the band call 'their finest hour'. The album artwork, once again by Andy Kitson, helps to tell the cinematic story of Kickstart The Sun. "It is a real 'musical chocolate box' featuring all the things that we are now known for and, although we broke the bank and beyond making this album, we knew we had to put everything on the line for it as the songs deserved it... It may well be the most expensive album we will ever make but we are confident everyone will fully appreciate it's majesty. 'Kickstart' encapsulates everything that is Cats in Space and much more... we are all super proud of it." GH.