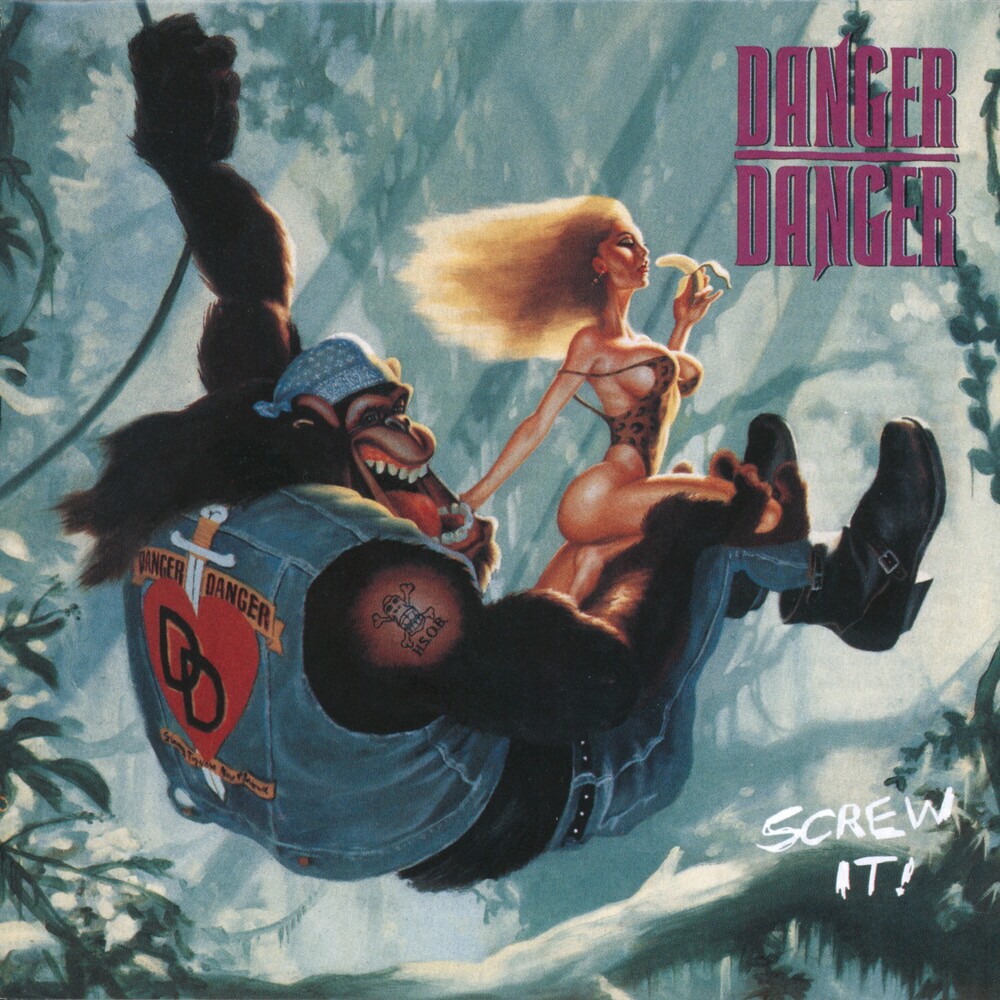 Special Deluxe Collector's Edition / Fully Remastered Audio shaped from 24 BIT digital technology / Includes 'Monkey Business', 'Don't Blame it On Love' and 'Crazy Nites' / 16-page full colour booklet - 4,000 word essay, enhanced artwork and new interviews. BY THE END of the '80s the hard rock scene was bursting with a number of successful acts spearheaded by the likes of Guns N' Roses, Skid Row, Warrant, Slaughter and Winger. Originating from New York, Danger Danger seemed poised to capitalise on this wave, especially after scoring success with their-self titled debut album, which broke into the US album charts and earned them gold status and extensive MTV airplay. All eyes were therefore on the release of their second album 'Screw It!', which was issued in October 1991. However, there was a problem. The music scene had changed considerably, leaving melodic, catchy, pop rock bands to battle over tougher terrain as the rise of grunge suddenly reared it's all-conquering head. This rendered bands like Danger Danger out of synch with the prevailing winds. This impressive five-piece had returned to the studio earlier in '91 armed with another collection of insanely catchy songs, with a mind set to bulldoze their way through any tough resistance. The fact of the matter was they did their job in delivering an album brimming with potential but sadly with the lack of support from their label, radio and MTV, all switching allegiance at this point to the emerging new music scene, the band were left battling into an impossible to overcome headwind. Produced by the band with Dutch studio wizard Erwin Musper (Metallica, Scorpions) and recorded in the Netherlands and Florida, the record contains a selection of top-notch tracks, including 'Don't Blame It On Love', 'Crazy Nites', 'Beat The Bullet' and not forgetting 'Monkey Business', all of which in another time and place might well have continued their upward momentum.