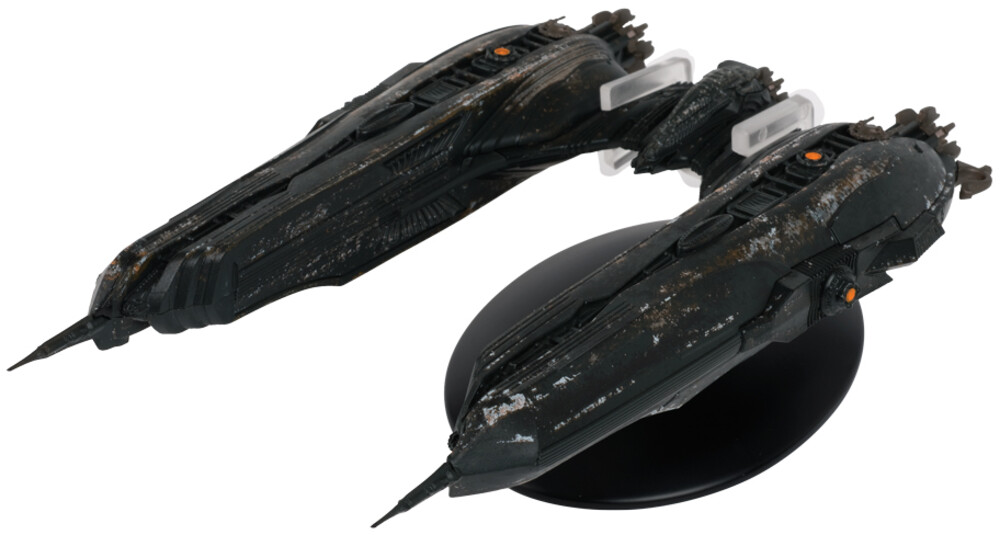 The Chargh-Class Battleship was in service to the Great Houses of the Klingon Empire in the 2250s, the battleship used the same spaceframe as its cousin the Jach-Class - a miniscule primary hull with an impulse engine at its stern, flanked by a pair of enormous warp nacelles.

The ship's name means "conquer" in Klingon, suitable for its role in the Battle at the Binary Stars.

This Star Trek die-cast model recreates the battleship based on the original VFX models of Star Trek: Discovery, ensuring extraordinary detail and accuracy.

Klingon Chargh-Class Battleship comes with a 16-page full-color magazine. The magazine includes a profile of the battleship, original production art and details of its design evolution.