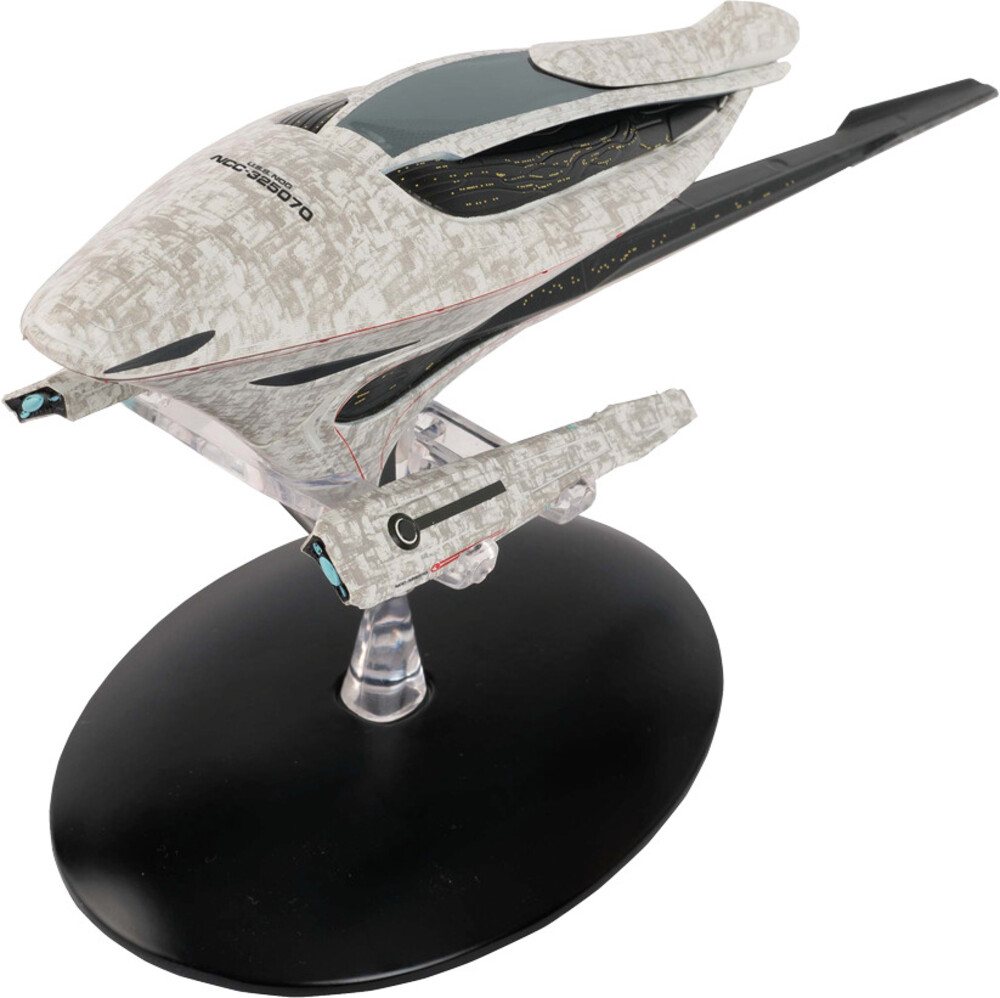 An Eisenberg-class vessel fielded by Starfleet in the far future of the 32nd century, the sleek USS Nog survived the Burn that destroyed so many ships of its class. It served to help conceal the embattled Federation Headquarters, generating a distortion field large enough to obscure its location.

The USS Nog was named for the Starfleet officer Nog - the first Ferengi to enter Starfleet, and a prominent figure on the Deep Space 9 station. A historical figure by the time of the 32nd century, Nog was remembered for his feats during the Dominion War won him lasting renown.

Behind the scenes, the Eisenberg-class was named for Aron Eisenberg - the actor who portrayed Nog on Star Trek: Deep Space 9.

Perfect for Star Trek fans, the Star Trek U.S.S. Nog Starship comes with a magazine includes a profile of the ship and original production art!