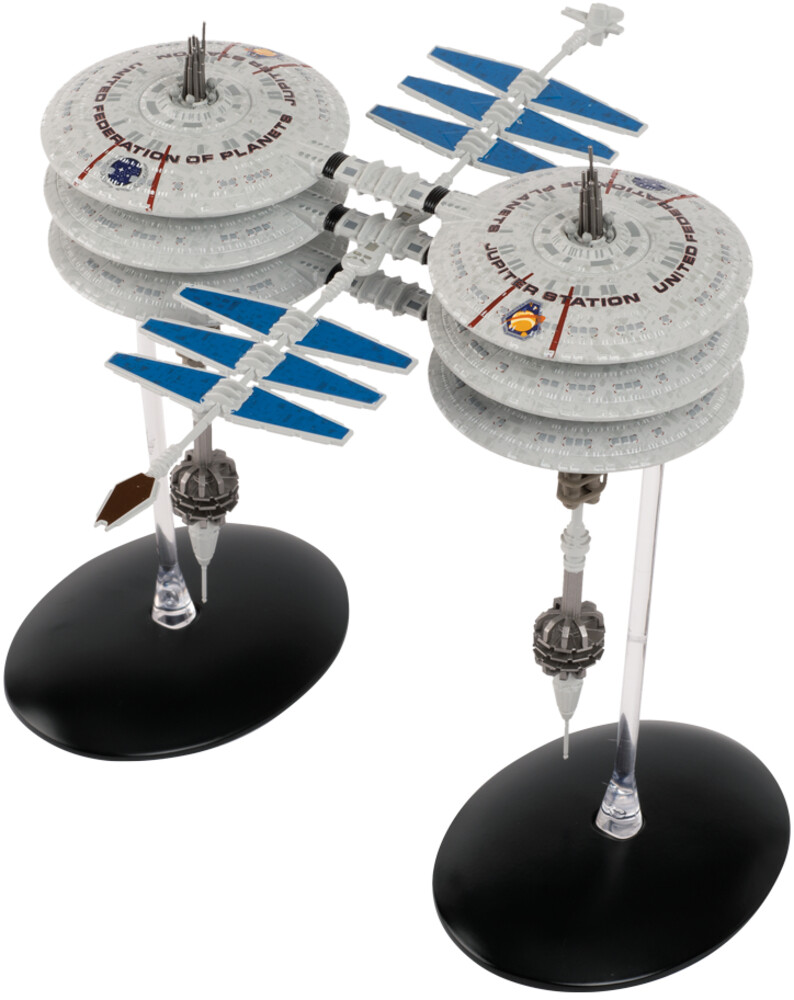 Located in the orbit of the Solar System's fifth and largest planet, the Jupiter Research Station was an orbital facility for United Earth (and later the Federation) comprised of six stacked saucer hulls, divided between two sections.

Jupiter Station was a frequent stop for the crew of the Enterprise NX-01, under Captain Jonathan Archer, thanks to its extensive maintenance, repair, and supply capabilities - and its role as a holographic training facility for MACO troops.

Designer Rick Sternbach drew inspiration from the classic appearance of the Spacedock, and speculated that the saucers may have been recycled from decommissioned vessels.

Jupiter Station comes with a full-color magazine, including an in-depth profile, original production art and details of its design evolution.