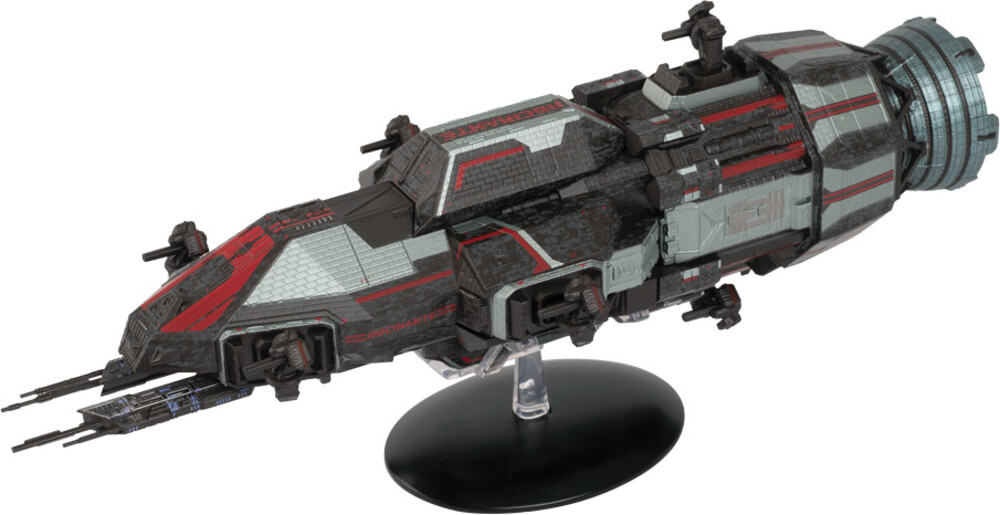 Originally a Corvette-class light frigate named the Tachi (ECF 270), the Rocinante was renamed by Captain James Holden, who used it to escape the MCRN flagship where it had been stationed. Armed with point defense cannons and torpedoes, and later modified to carry a spinal railgun, this versatile Martian vessel became a home to Holden and his ragtag crew - and played a key role in their adventures across the Solar system.

Constructed like a narrow building turned on its side, the Rocinante layers each of its dedicated floors atop each other - from the drive cone and reactor at the stern, all the way up to the bow's command deck. The g-forces of its travel then provide a consistent sense of "down" for the crew within. With a machine shop, engineering deck, galley, crew cabins, medical bays, and storage deck, the Rocinante had a complement of over a dozen navy personnel - and three Reconnaissance Drones, named "Peart", "Lee", and "Lifeson".