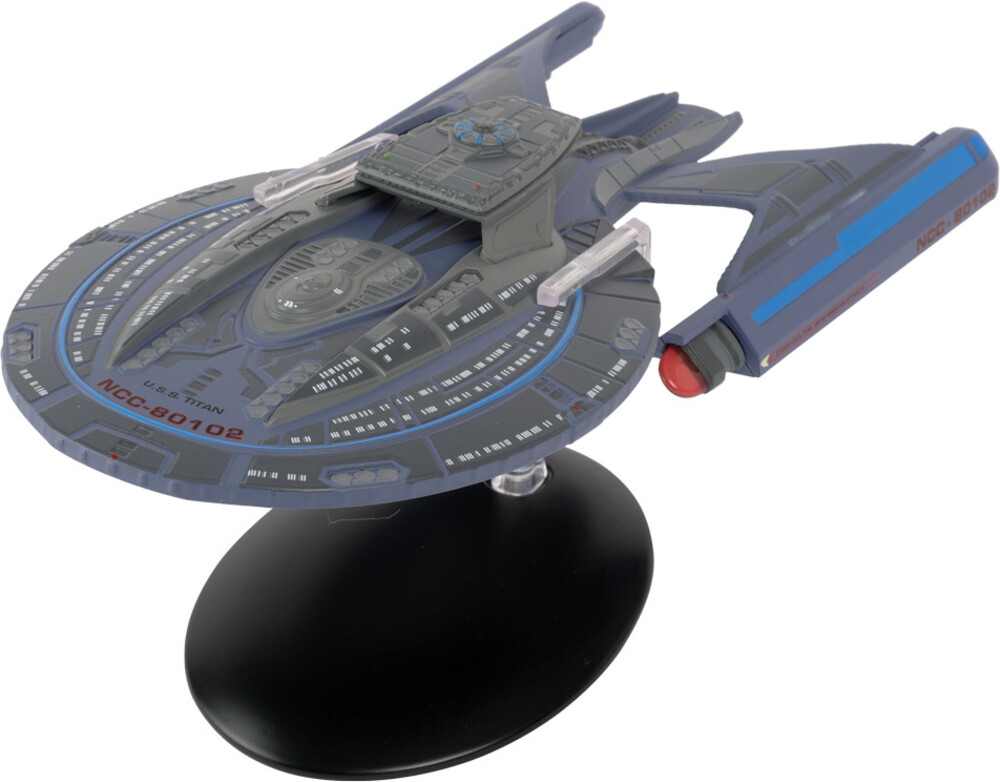 A Luna-class capital ship, the U.S.S. Titan was the first permanent command of Captain William T. Riker, following his service aboard the U.S.S. Enterprise. Alongside his wife, the empath Commander Deanna Troi, Riker led the Titan on a diplomatic mission of peace with the Romulan Star Empire after the death of their Emperor Shinzon.

Though it was first mentioned in 2002's Star Trek: Nemesis - and starred in its own novel series, in which the Vulcan officer Tuvok also joined the crew - Star Trek: Lower Decks marked the first on-screen appearance of the U.S.S. Titan!

A prestigious posting for any member of Starfleet, the Titan was the envy of the U.S.S. Cerritos - particularly Ensign Boimler, who desperately wanted a transfer. He got his chance when the Titan saved the Cerritos from an attack by Pakled Clumpships. though it didn't last long.