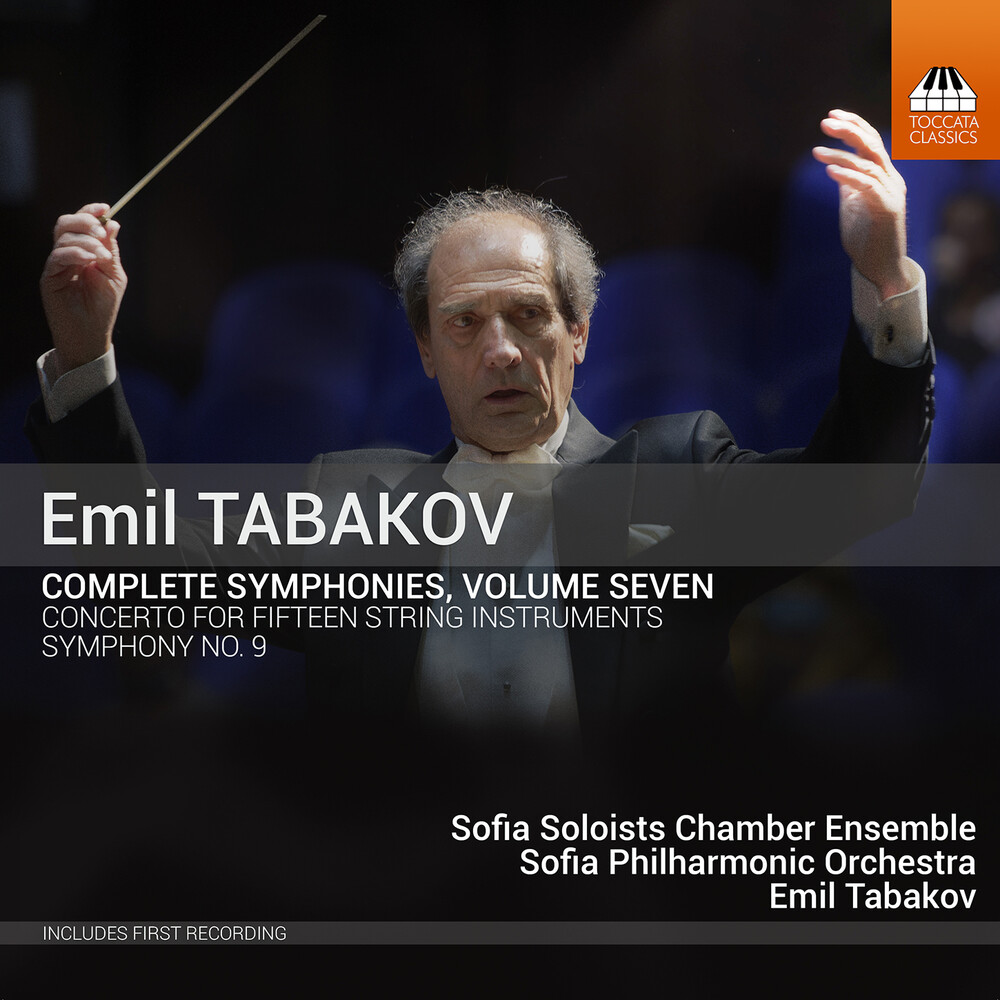 The music of the Bulgarian composer-conductor Emil Tabakov (b. 1947) explores the darker side of the human spirit in monumental scores as austere as they are powerful. Like many of his earlier symphonies, the Ninth, nearly an hour in length, is conceived on a massive scale. The opening Adagio forms an epic, glacial prelude to the driving Presto second movement. Two further slow movements follow: a Largo, which offers an island of relief after the tumult of the scherzo, and a finale which, after opening with an extensive Largo of it's own, is transformed into a wild, driving, violent Allegro moderato. The symphony is prefaced by a virtuoso study for string ensemble written over 30 years earlier and remarkable for it's contrapuntal fireworks and it's explosive, almost elemental energy.