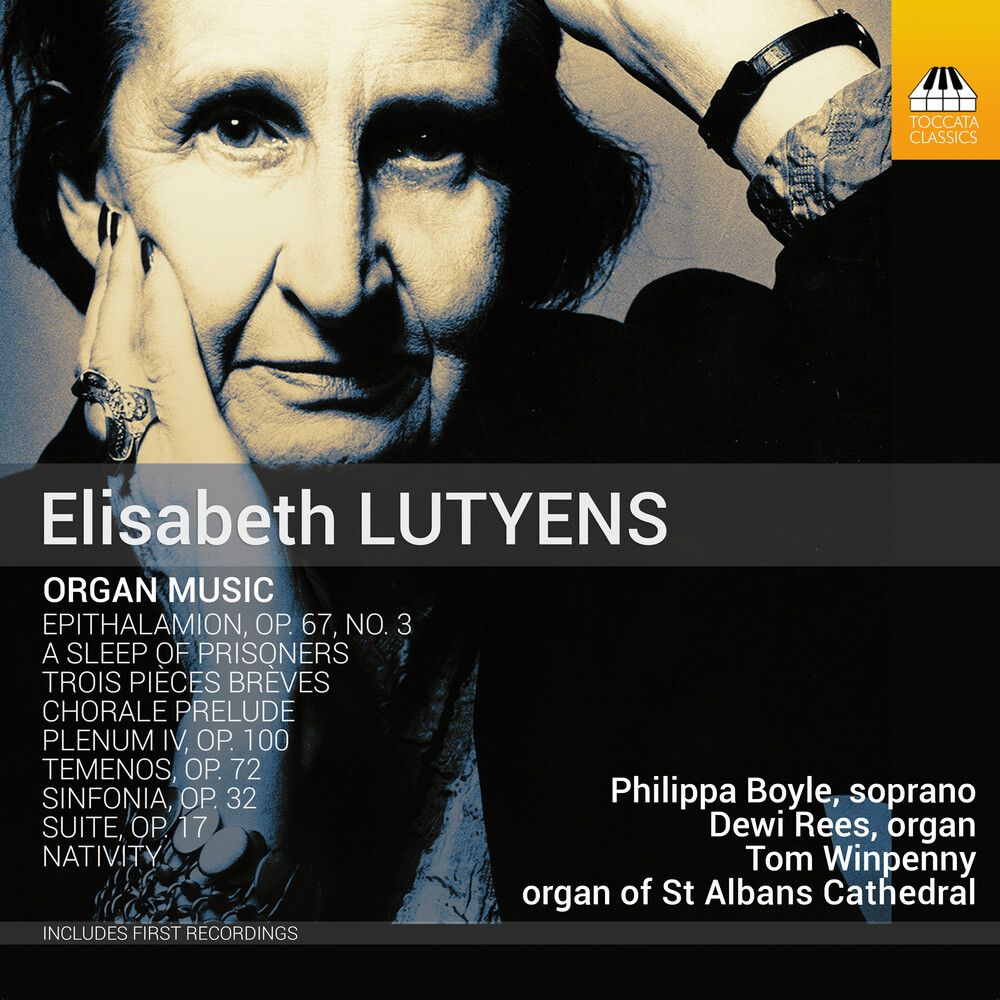 The organ music of Elisabeth Lutyens (1906-83) presents a meeting of contrasts: it can at the same time be both angular and lyrical, and it spans an enormous dynamic range, from intimate delicacy to sheer, raw, hieratic power. Her reputation as one of Britain's leading serial composers is belied, too, by the direct appeal, the range of color and the narrative instinct of many of the pieces recorded here, most of them for the first time. Born in London in 1906 Elisabeth Lutyens influenced serialism in British music both past and present. Highly regarded by her peers, not least by Igor Stravinsky, Lutyens was and remains a respected avant-garde artist, and an innovator of serialism itself. The British Music Collection highlighted her work as part of the most recent International Women's Day Campaign.