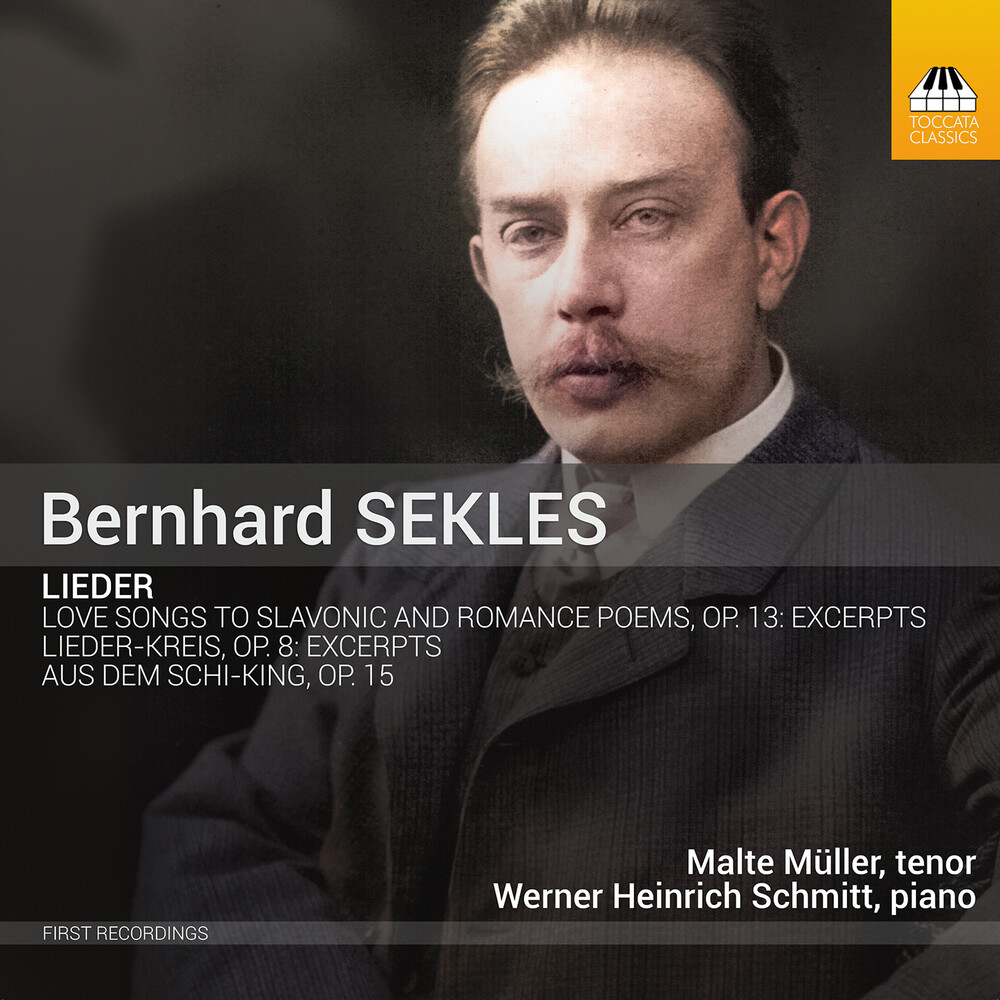 Bernhard Sekles (1872-1934) was one of the leading figures in German music in the first decades of the twentieth century, prominent as composer, educator and administrator. In 1928, as director of the Hoch Conservatorium in Frankfurt, he established the first academic program in jazz studies, an act of courage and conviction that unleashed furious attacks from the Nazi press. His own late-Romantic music, banned during the Third Reich, has been virtually forgotten, although he composed in all major genres, including opera, orchestral works and chamber music. This first-ever album of his Lieder includes a major song-cycle, the freewheeling Aus dem Schi-King, based on ancient Chinese poetry in adaptations by Friedrich Rückert, it's moods ranging from the heroic to the comic.