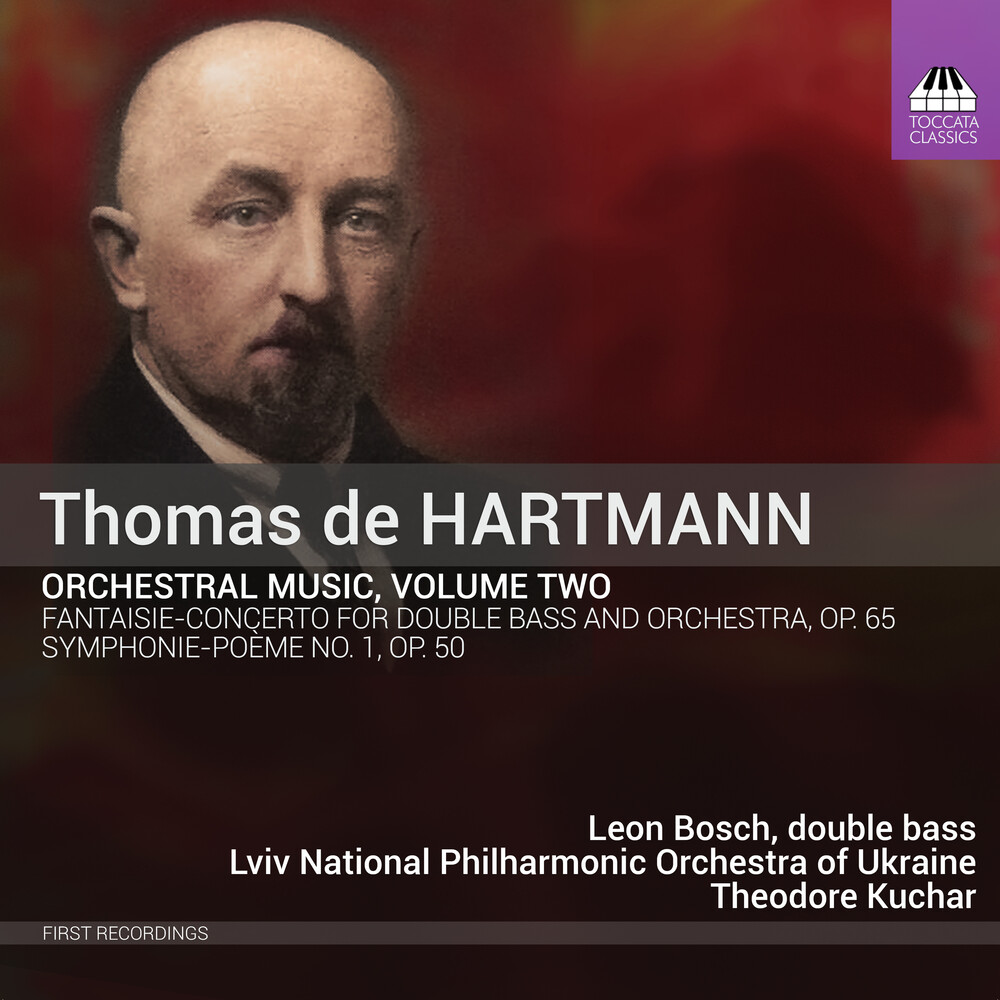 The music of the Ukrainian-born Thomas de Hartmann (1885-1956) has been obscured by his association with the Russian mystic Georgi Gurdjieff, but by the time they met in 1916, de Hartmann was already a hugely accomplished composer. The two works receiving their first recordings here reveal a major late-Romantic voice, downstream from Tchaikovsky, a student of Taneyev, contemporary of Rachmaninov, and alert to the discoveries of Stravinsky and Prokofiev. The Symphonie-Poème occupies a vast canvas and requires a correspondingly huge orchestra, generating a monumental sense of scale from essentially balletic material. The lighter Fantaisie-Concertofor double bass and orchestra moves from tangy dissonance via a tuneful slow movement to a perky, folk-inspired finale.