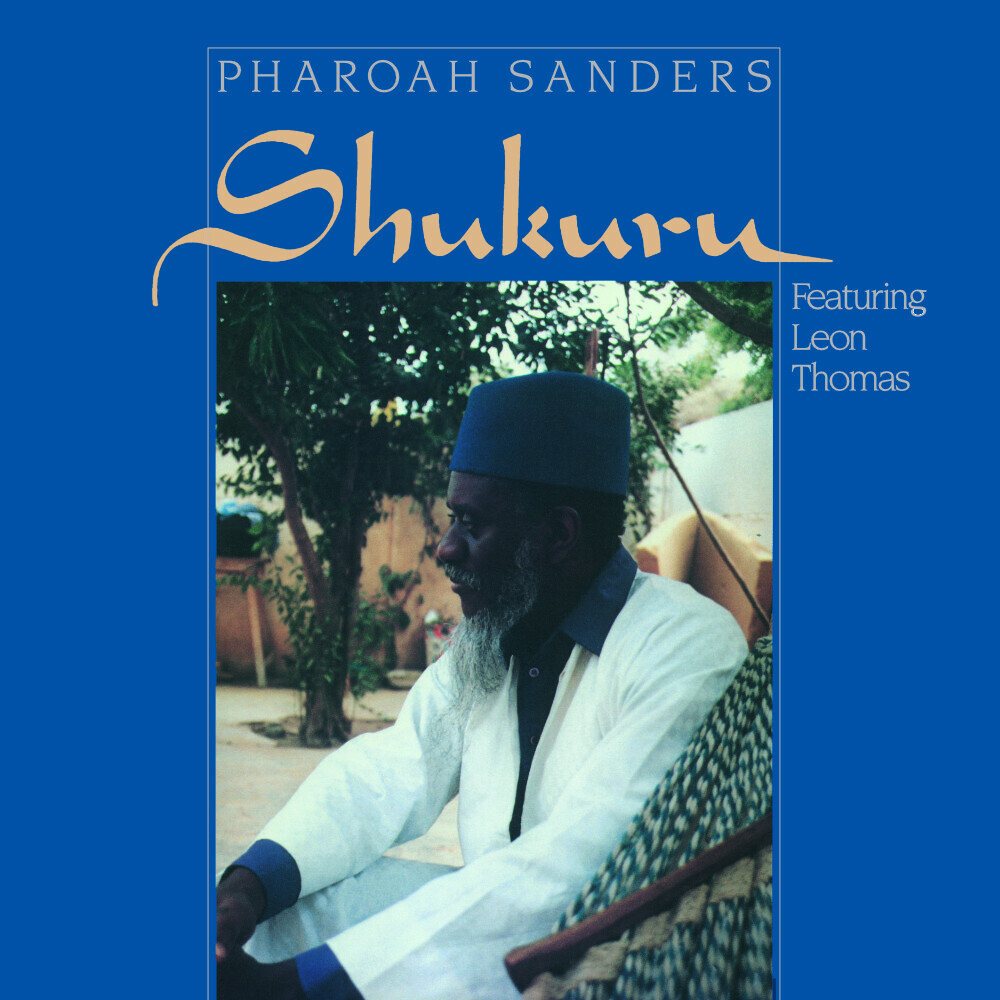 Pharoah Sanders' 'Shukuru' is noteworthy as being the album that reunited Sanders with vocalist Leon Thomas, who sang on some of Sanders' most endearing and powerful compositions- among them the legendary 'The Creator Has a Masterplan'.Thomas only joins the band on two tracks- 'Mas in Brooklyn (Highlife)' and 'Sun Song'. The former gets a full calypso reading complete with steel drum sounds and chanted vocals traded between Sanders and Thomas. It's a lot of fun, but by and large, throwaway. The latter is one of the true gems on the album- a pretty ballad that serves as both a launching point for Sanders' best balladry and Thomas' vocal, with the latter soaring in his upper register wordlessly between verses intoned in his trademark baritone. It's by and large simply stunning.The rest of the record has got it's issues however, and by and large this comes in the part of Henderson's synthesizer- while his piano tone is virtually indistinguishable from an acoustic piano, several tracks receive irritating synth vocals or strings (it's really hard to tell which, it's fairly indistinct and obnoxious), mangling otherwise fine performances of traditional tenor feature 'Body and Soul', Sanders-penned 'Jitu' (although admittedly the leader manages such a powerful solo it gets past it) and an absolutely breathtaking reading of 'Too Young to Go Steady'. At least opener 'Shukuru' and closing funereal piece 'For Big George' are spared this as the use of synths of them are far more tasteful (although one questions Sanders' choice to intone his wife's name over the former's smokey lines, but that's another story).