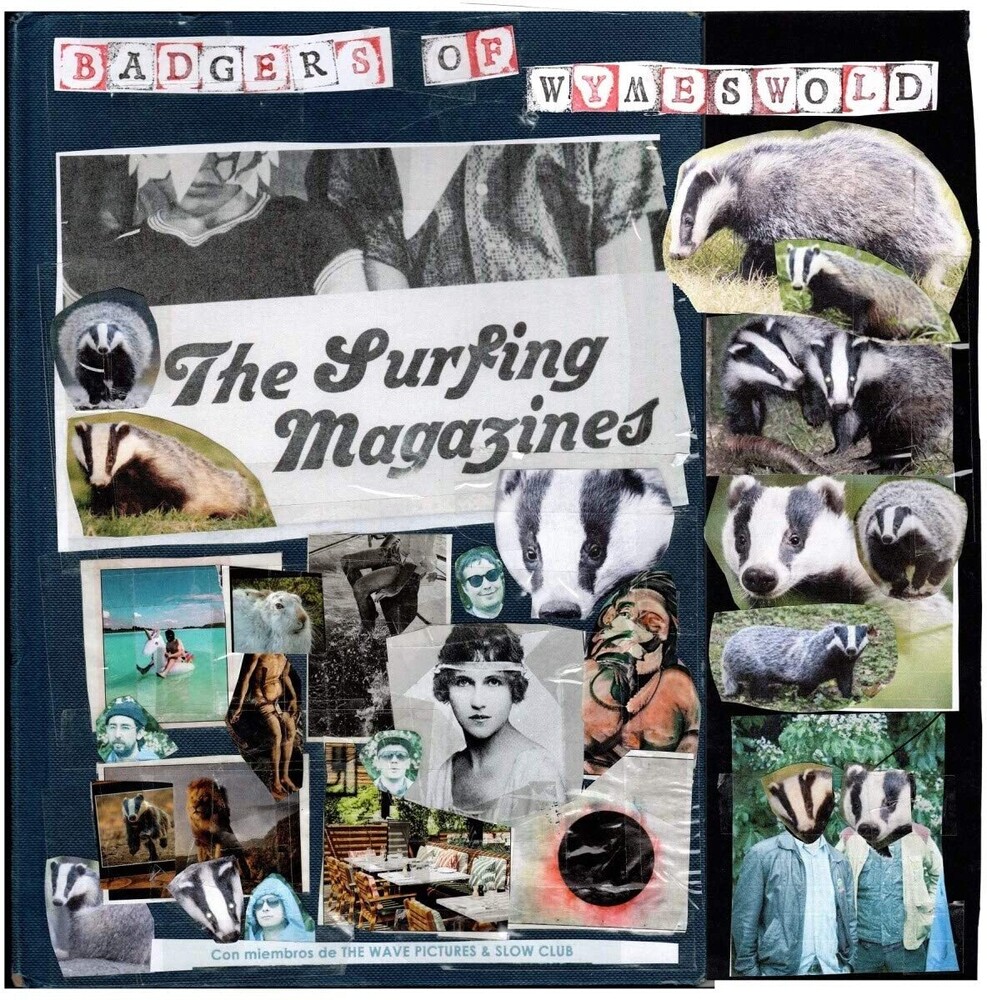 Double vinyl LP pressing. Consisting of one half of Slow Club and two thirds of The Wave Pictures, The Surfing Magazines' primary influences are Bob Dylan, The Velvet Underground and all the great surf guitar music of the 1960s. They burst onto the scene with their eponymous debut album in 2017, a lauded LP described by Record Collector Mag as 'a vintage-yet-modern rock'n'roll classic'. Mixing the noir surf textures of 1960s garage rock along with westcoast sun beaten harmony pop, the 16-track 'Badgers of Wymeswold' follows the acclaimed debut. The London based foursome recorded the album at Ranscomb Studio in Rochester in February last year before the start of the first UK lockdown.