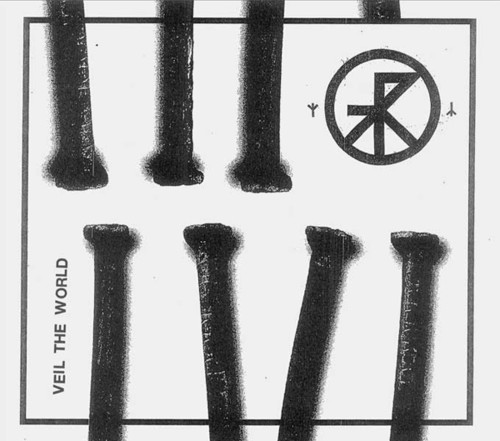 "All seals have been broken," proclaims a demonic voice on the title track of Veil the World, and the music goes on to provide terrifying evidence for this claim. On Veil the World, Trepaneringsritualen veers from crepuscular ritual moods to rabid death chants, reveling in, even celebrating, the imminent end of flesh. Originally released as an ultra-lavish cassette box set in a limited edition of 40 copies by Kosci Tapes in 2011, Veil the World marks the halfway point between the earlier, more atmospheric works of T x R x P and the more visceral aggression of the later material. Trepaneringsritualen explores themes of religion, magick, and the hidden realms of consciousness, taking it's musical cues from the old school of ritual ambient and death industrial. Rhythmic and seething at times, oozing forward with a creeping sense of desolation at others, Trepaneringsritualen conjures forth bleak but mesmerizing visions of the end-times. With Veil the World, T x R x P once again stakes it's claim as the true master of Swedish ritual industrial. Remastered and presented in a six-panel digipak. Limited to 1000 copies.