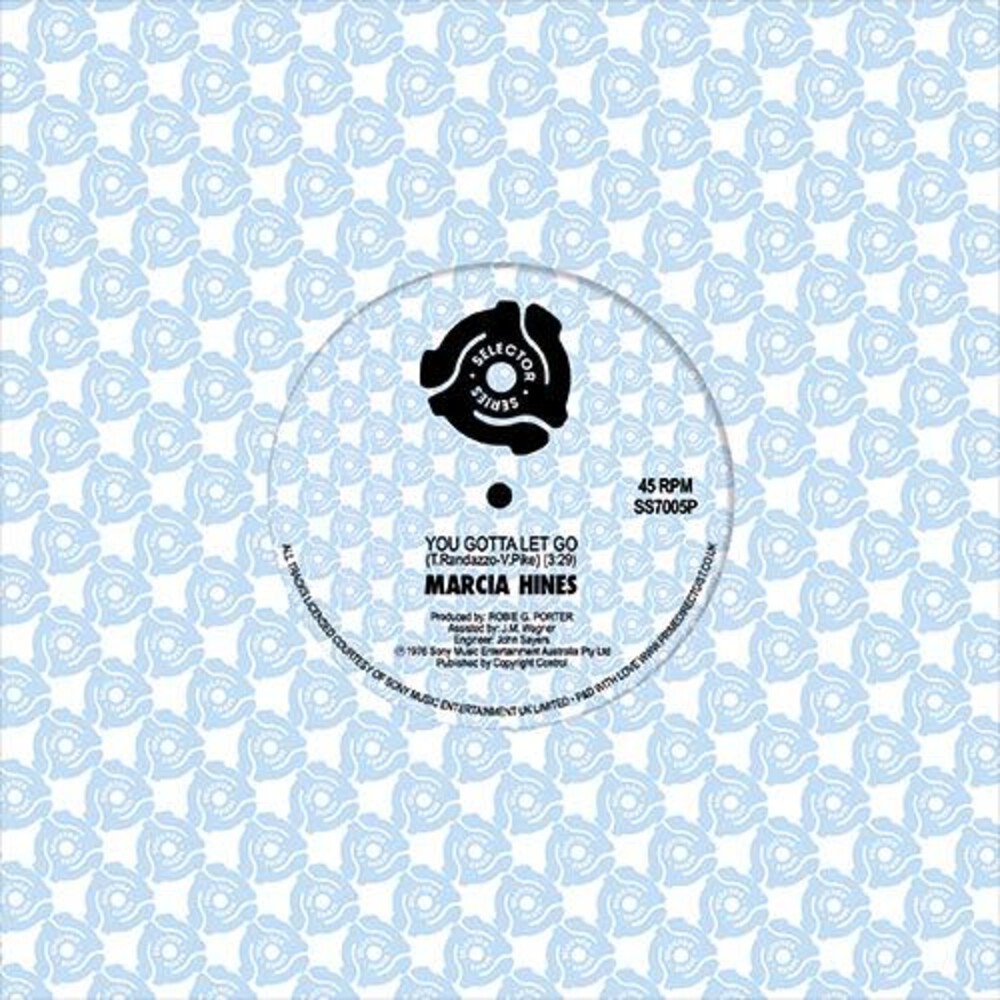 The phrase 'Holy Grail' is much overused when it comes to record collecting, so we tend to use it sparingly. When we do though, you know it's serious! Well, here is a genuine holy grail which lives up to it's title. Originally released on the tiny Wizard label in Australia in 1976, Marcia Hine's effervescent 'You Gotta Let Go' achieved a few local plays in Sydney at the time before disappearing for almost three decades before it was re-discovered by Modern Soul cratediggers in the early '00s. Since then, the record has exploded in popularity across a number of scenes and the price for an original 45 has now reached a staggering £700 and that's if you can even locate a copy! The song was available on Marcia's 'Marcia Shines' album which helped it's spread in popularity, but most collectors really needed the 7'. Well, wait no longer. Selector Series is proud to finally re-release the original 7' version of 'You Gotta Let Go' with the original 'B' side 'Don't Let The Grass Grow'. This release will appeal to buyers all across the board - Soul, Modern Soul, Northern Soul, Disco and Rare Disco audiences so expect heavy demand the minute this hits the shelves. This is a multi-crossover record which will be played everywhere upon release and will be equally as popular internationally. Don't say we didn't warn ya.