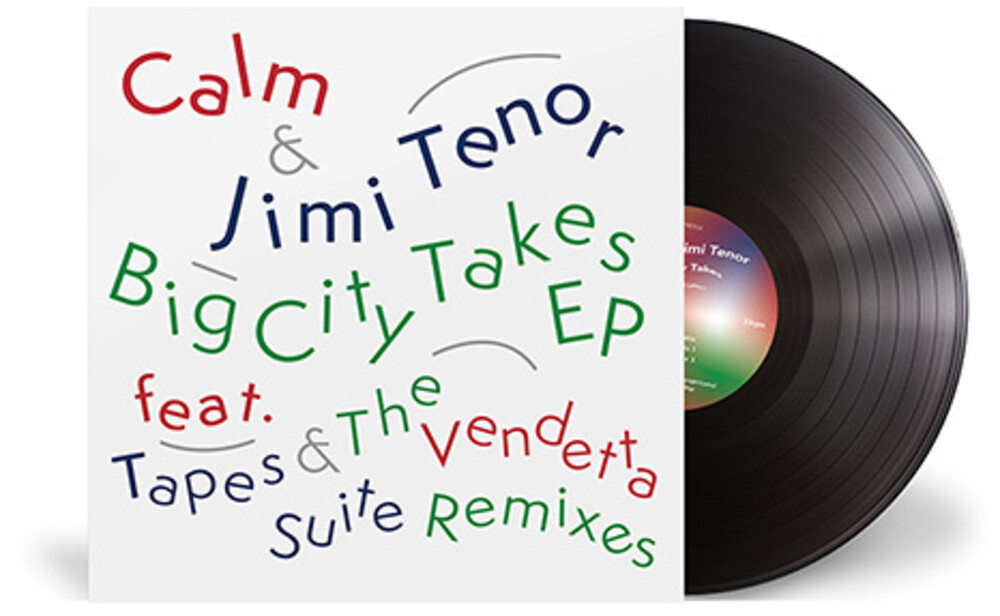 Musical legends from opposite sides of the world come together on Hell Yeah's next EP as Japan's Calm and Finnish musician Jimi Tenor collaborate on big city takes. It features two new singles as well as remixes from the celebrated tapes and Belfast's best-kept secret, The Vendetta Suite. This most satisfying of EP's came together when the psychedelic space-jazz-funk king and noted musician, composer and producer Jimi Tenor was in tour in Japan. Label head Marco arranged for him to head into Calm's studio in Kawasaki, Tokyo, and real magic happened. 'Big city takes' is gloriously lush, with serene chords, delicate flutes and organic percussion. Tenor's airy vocal brings the soul as an intimate and late-night groove emerges to melt your heart. Then come two remixes from tapes. The first is powered by dusty old-school drum breaks. They're doused in subtle euphoria with a nimble bassline down low, while the second one is stripped right back to a pulsing rhythm and killer phased bass. Spread chords bring sunrise feelings to this most colorful of grooves.On the flip side, Calm offers a version of 'Time & Space' that is nearly eight minutes of exquisitely blissed-out downtempo. Chords ripple like waves, flutes flutter like birds and the whole thing is filled with the joys of a new spring day. The remix comes from The Vendetta Suite, a label regular and under-the-radar talent who is defining his native Northern Irish scene with his fresh fusion sounds. His version brings a new age ambiance to post-rave Balearic comedown. It's one that douses you in life-affirming synths as drums gently persuade you to sway along.