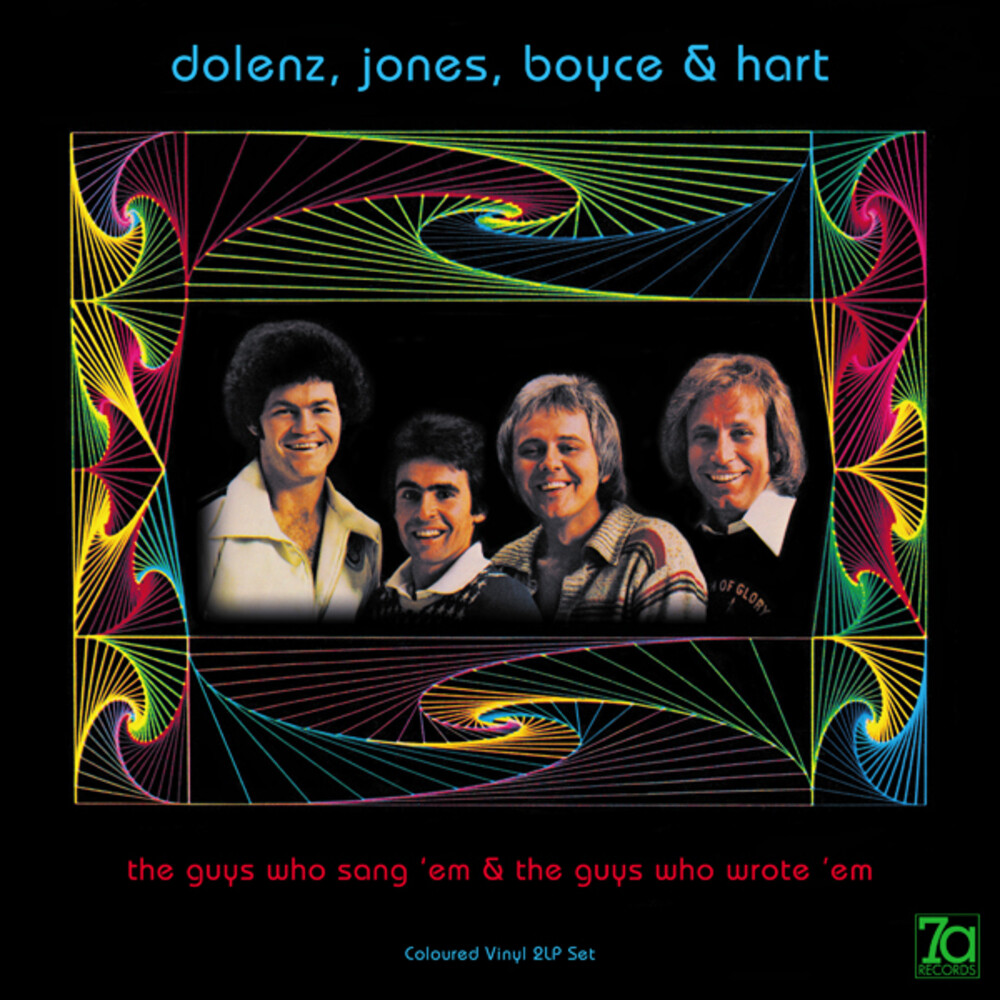 (Please call first)
DISC: 1
1. Last Train to Clarksville
2. Medley: Valleri/Daydream Believer/A Little Bit Me, a Little Bit You
3. I Wonder What She's Doing Tonight(I'm Not Your) Steppin' Stone
4. I Wanna Be Free, Savin' My Love for You, Pleasant Valley Sunday
5. I Remember the Feeling
6. A Teenager in Love
7. 3 Cuddly Toy
8. Medley: Come a Little Bit Closer/Pretty Little Angel Eyes/Hurt So Bad/Peaches 'N' Cream/Something's Wrong with Me/Keep on Singin

7A Records announces the release of Dolenz, Jones, Boyce & Hart's original studio and live albums. In the mid-1970s promoters were trying to reunite the Monkees, but with Michael Nesmith and Peter Tork unavailable, it was suggested that Micky Dolenz and Davy Jones team up with Tommy Boyce and Bobby Hart to tour as 'The Golden Great Hits Of The Monkees Show - 'The Guys Who Wrote 'Em & The Guys Who Sang 'Em'. The group signed a deal with Capitol Records to record a self-titled studio album of new material. They later released a live album from their tour of Japan. Both albums have been unavailable and out of print for many years. 7A Records have tracked down the original master tapes, that were presumed missing for at least 27 years, and remastered both albums for this release. The 2LP version comes in a gatefold sleeve and is pressed on special 180g Green, Black and Yellow Quad Vinyl.