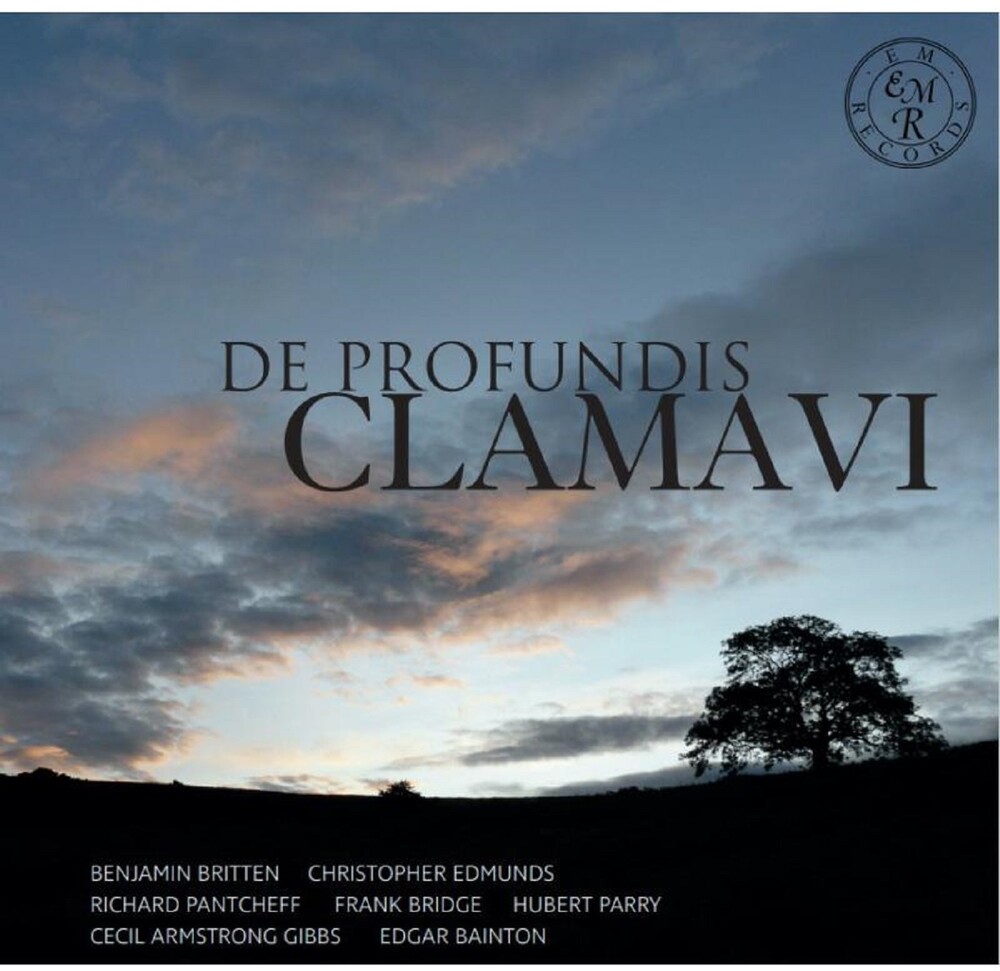 De Profundis Clamavi is a two-disc recording of English piano music, contrasting three dramatic sonatas with a vibrant selection of shorter pieces ranging from the sublimely poetic to the darkly rhapsodic. Frank Bridge began writing his grandiose Piano Sonata exactly a century ago, in the wake of the First World War, and it is suffused with a mood of desolation and torment. Contemporary composer Richard Pantcheff's own sonata was completed in 2017 and evokes a similarly intense emotional landscape; hence the quote from Psalm 130 that gives the album it's name ("Out of the deep have I called unto Thee, O Lord"). Also here making it's first recorded appearance, the 1938 Sonata by Christopher Edmunds bubbles over with vivid pianistic colours, melting tenderness and an irresistible romantic warmth. The three sonatas are complemented and contextualised by Parry's delicious Shulbrede Tunes - affectionate portraits of the composer's family and their Sussex home - plus the first recordings of two stunning romantic showpieces by a composer better known for his vocal writing, Cecil Armstrong Gibbs. Three unpublished - and previously unrecorded - gems by Edgar Bainton add further distinctiveness to the disc. Many links of friendship and association underpin the selection of composers represented on the discs, and a special pedagogical thread connects the sonatas of Bridge and Pantcheff. The young Richard Pantcheff was mentored by Benjamin Britten, Bridge's most celebrated student, and Britten is represented by his captivating Night Piece, composed for the first Leeds International Piano Competition. Duncan Honeybourne studied the work with the competition's founder, Dame Fanny Waterman, who commissioned it in 1963 and died recently at the age of one hundred. Honeybourne says: "It was a joy to devise this programme, featuring some masterpieces I've known for a long time and love dearly, alongside the stunning Pantcheff Sonata, which I premiered in 2019 in London at an English Music Festival concert. It is a special privilege to present the recorded premieres of some terrific pieces that have languished in manuscript for many decades, and I hope listeners will get as much pleasure from hearing these wonderful gems as I have from all the excavation and preparation. It's a great honour to bring them all together on this release."