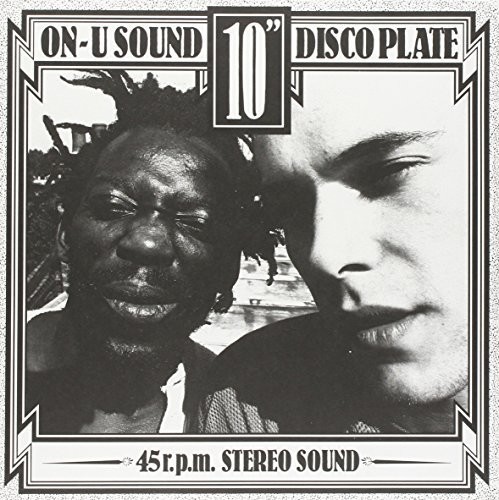 For Record Store Day, three unreleased African Head Charge cuts from their early days, discovered in the depths of the On-U tape archives. The A-side unveils a spacey, beautiful version of “Beri Beri” from 1982’s Environmental Studies. Stripping back the furious layers of percussion from the mix that appeared on the album, this version throws more light onto Deadly Headly Bennett’s gorgeous sax work and the irrestistable slow motion funk of the rhythm track. Disco as heard in one of the nightclubs from Blade Runner, or a lost balearic anthem from an alternate reality where JA sound systems invade 80s Ibiza. On the flip, the completely unheard “Realigned Dub” is a masterclass in overlapping rhythms, with drum track and dub-filtered percussion dovetailing around a nonchalant bassline somehow holding the whole thing together. Olatunji-meets-Cymnade! To close proceedings, a sequel to a track from 1981’s My Life In The Hole In The Ground subtracts some of the distinctive boing of the African kuwenge heard in Part 1, but adds melodica drops administered by Doctor Pablo, and some spooky tape-mangled voices from the ether. Cut from the original tapes by CGB at dubplates & mastering in Berlin, this is an essential piece of African Head Charge history which sounds as effective as an immersive headphone listen as it does blasting out of a wall of speakers.