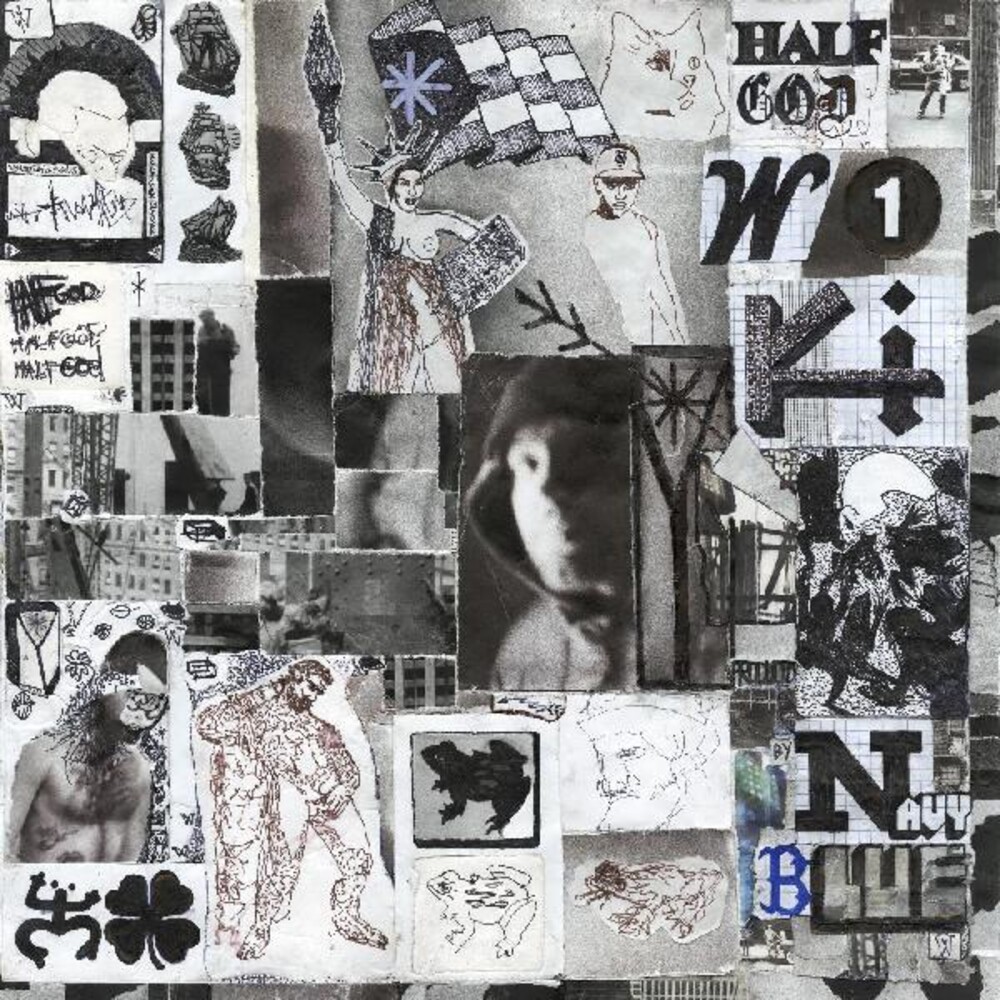 Double vinyl LP pressing. Includes digital download. 2022 release. Wiki has become a fixture of New York City hip hop since, at 17 years old, he founded the boundary defying group Ratking, whose aggressive style represented a new generation of city kids and artists, hungry for innovation and raw energy. Half God is produced entirely by Navy Blue, one of the most refreshing young, acclaimed rapper/producers to break out in recent years, for a project that pushes each of their talents to new heights. Wiki's storytelling as the city's young OG has never been more vivid and Navy Blue's production pushes further into every sonic corner he's explored today, providing a perfect canvas for Wiki's signature voice. There's also guest features from Earl Sweatshirt, MIKE, Duendita, Navy Blue, Jesse James Solomon and Remy Banks. When painting lyrical pictures of New York scenes, one gets a sense of Wiki's skill as a storyteller and visionary. He has solidified his role in carrying the torch for NYC's master MC's; representing for the freaks, weirdos and underbelly culture.