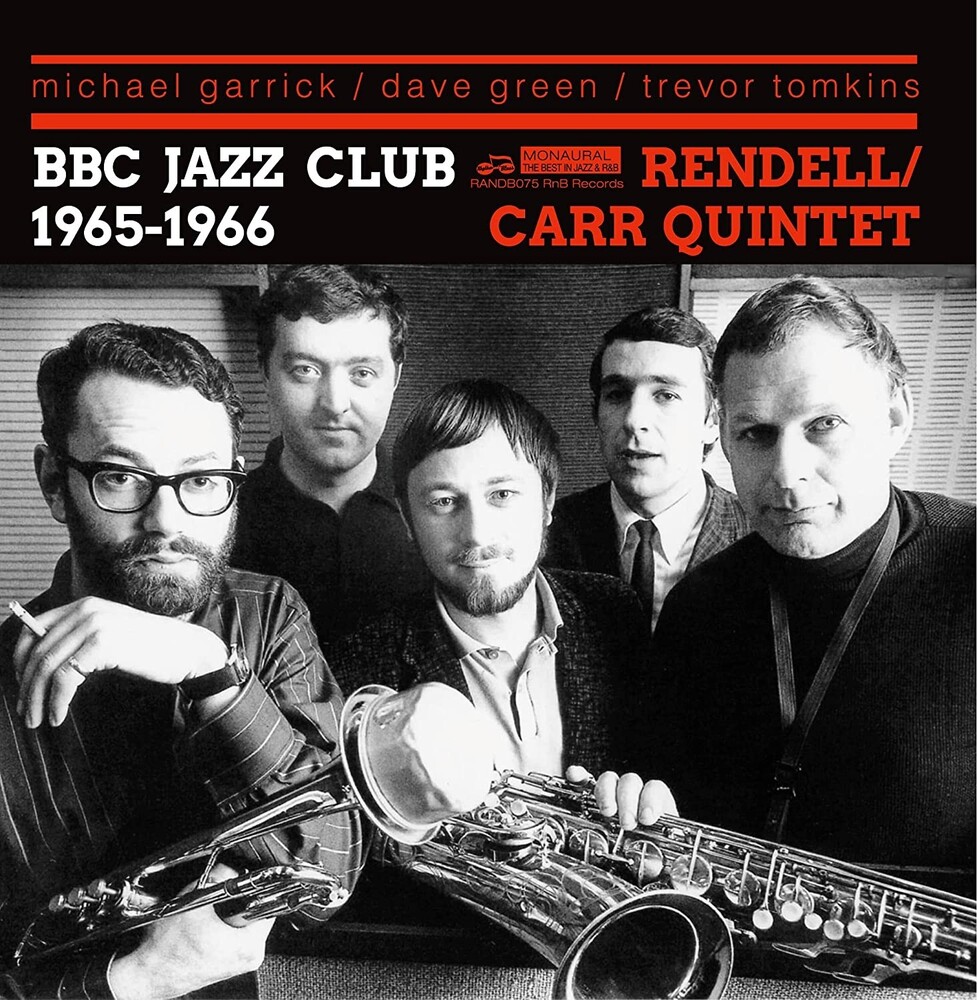 The Rendell/Carr Quintet has long been regarded as among the most iconic ensembles in 1960s British jazz, famed for it's unique blend of musical personalities and the equally singular 'style' which resulted from it's blend of experience, youth and creative ambition. This, the second R&B release of previously unissued material by the band, captures a moment of genuine jazz history with it's inclusion of Michael Garrick's debut broadcast with the quintet. Two further radio appearances find the band hitting it's stride on material mixing themes familiar from it's studio LPs with compositions not heard elsewhere in the Rendell/Carr discography. 16 page booklet with notes by Simon Spillett. Ian Carr (tp, fl-hrn), Don Rendell (ts, sop), Michael Garrick (p), Dave Green (b), Trevor Tomkins (d).