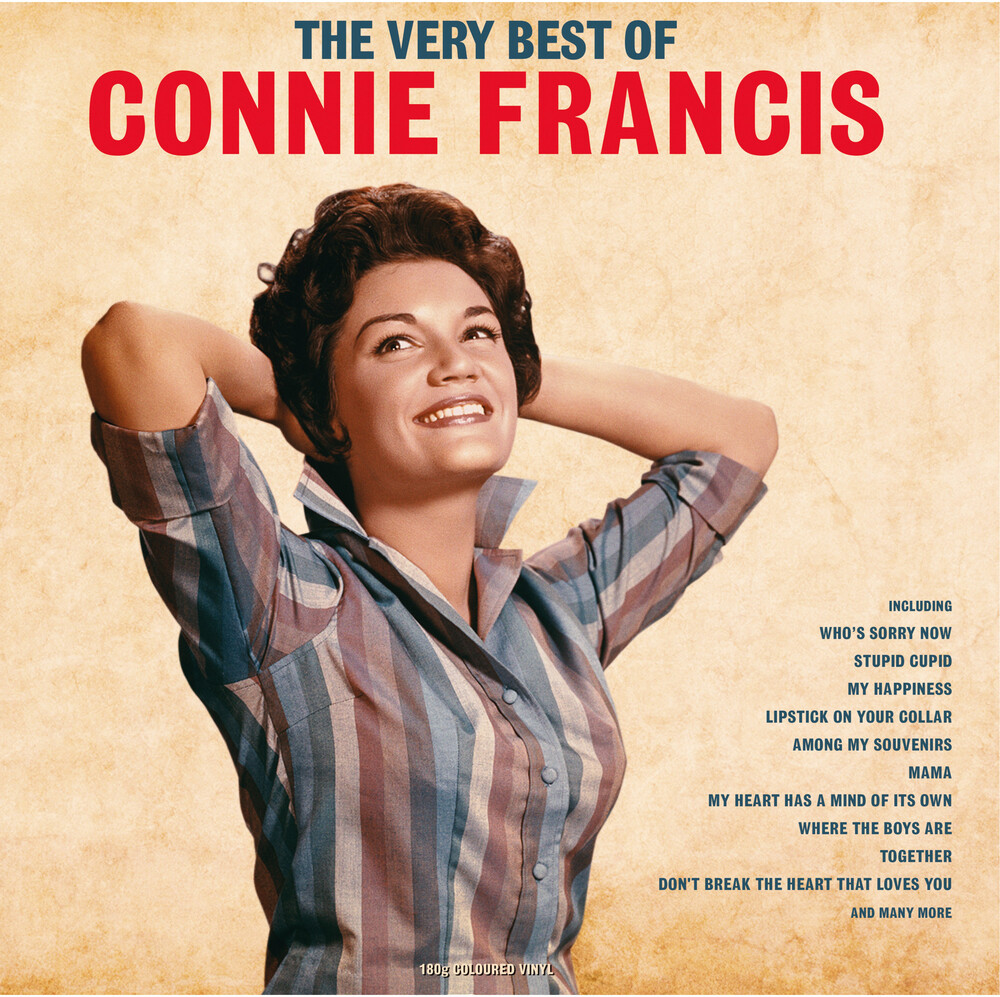 Limited 180gm vinyl LP pressing. In 1955, Connie Francis recorded a set of demos which were turned down by nearly every record label around. Skilled in mimicking contemporary female vocalists, she had yet to develop a distinctive style of her own. Eventually, MGM Records offered her a contract and with inspiration from her father, she recorded Who's Sorry Now. The track was singled out in 58 by Dick Clark who played it on his American Bandstand show. By April it had reached #1 in the UK, and #4 in the US charts. Her career went on to flourish when the songwriters Neil Sedaka and Howard Greenfield penned Stupid Cupid which again topped the UK charts at #1. She would go on to rack-up a further seven Top 40 hits before the end of the decade while managing to fit in the recording of an Italian songs album at the iconic Abbey Road Studios in London.