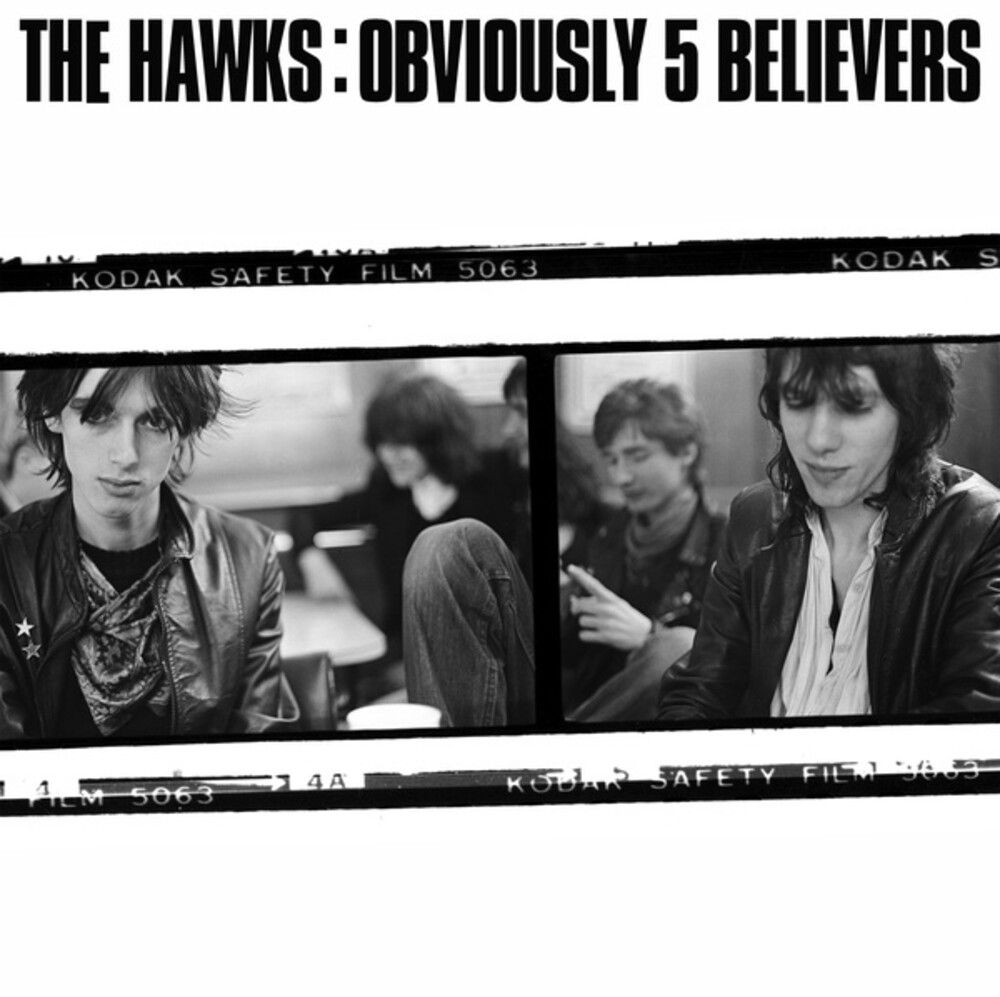 Vinyl LP pressing. When TV Eye, the Second City's Stooges-inspired garage punk band split, Daves Twist (drums) and Kusworth (guitar) and Paul Adams (guitar) approached Duffy (vocals) and Simon Colley (bass) from the first Duran Duran line-up to join their new project. So began Obviously Five Believers, who in turn became The Subterranean Hawks, before settling on The Hawks. Adored by most who saw them, they recorded constantly, spawning one highly collectable single, 'Words Of Hope'. They lasted from '79 until Christmas '81 'falling apart in a myriad of acrimony,' as Duffy wrote in 1984. Years passed with the various members each finding degrees of success: Duffy solo, and with the Lilac Time; Kusworth with Nikki Sudden and numerous other bands, often alongside current Black Bomber Twist. In 2019, when Duffy and Kusworth last met, Duffy, as custodian of The Hawks' 'tape archive', promised that the recordings would one day be released. Sadly this was not soon enough for Kusworth who tragically passed away last year. Duffy has remained as good as his word, however, in bringing these ten songs to release, in honour of his friend. Having languished on cassette for 40 years, they're now set free, sounding the best they've done since the day they were recorded, thanks to the judicious mastering of Grammy-winning engineer John Paterno. 'Twas ever thus. They were the perfect group. They had everything save for a parcel of good luck. If there were any justice the Hawks would be one of the most revered groups on planet earth. But this world is corrupt and the accolades and laurels they deserved never fell their way. They were such a great band. Possibly the best unknown band the world has ever seen. Nikki Sudden, The Last Bandit.