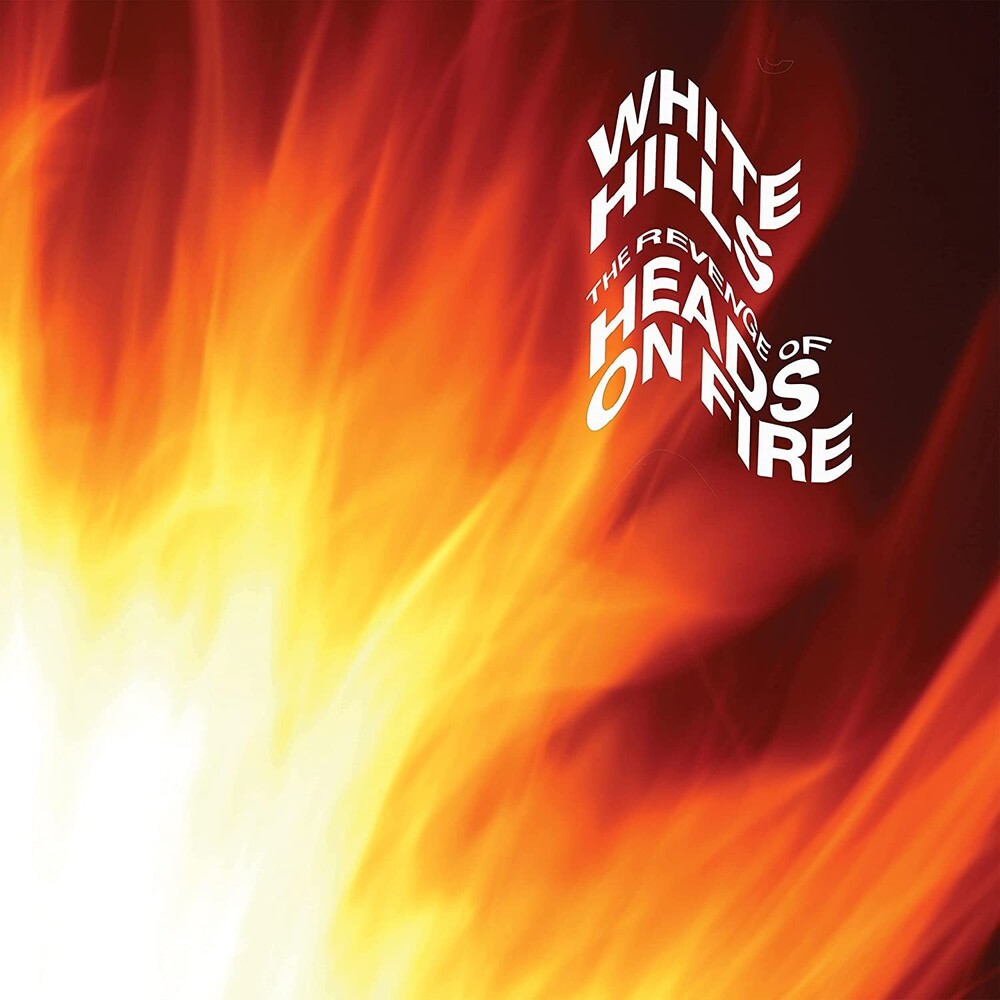 "Pure psychotropic madness." A screaming head on fire penetrated my chest, jolting me from the universal plane back to earth." Guitarist/Singer/Sonic Alchemist Dave W's vivid fever dream ignited The Revenge of Heads on Fire, White Hills' latest release, which harnesses the energy of ferocious, hedonistic rock with blissful passages of dark ambience. Exploring themes of mortality, transformation and rebirth, the band reveals a spiritual depth unparalleled in previous works. The roar of fire, swirling of oceans and hallucinogenic visions can be heard throughout the 75-minute journey. From the intrepid prelude "The Instrumental Head" to the closing punk blaze of "Eternity", the album ebbs and flows, smouldering and seething in the middle with the 21- minute mammoth opus "Don't Be Afraid". "'Don't Be Afraid' alone makes this an essential listen for fans of contemporary psychedelia." -All Music The Revenge of Heads on Fire consummates Dave W's prototype for the 2007 release on Rocket Recordings, Heads on Fire, later picked up by Thrill Jockey. Six rediscovered songs accompany re-mixed versions of the original material, fulfilling the master arch of the pyre lit long ago. Recorded during the band's tumultuous early years, the music vibrates with the energy and volatility of a sonic boom. The album will be released on Heads on Fire Industries, distributed worldwide via Cargo Records.