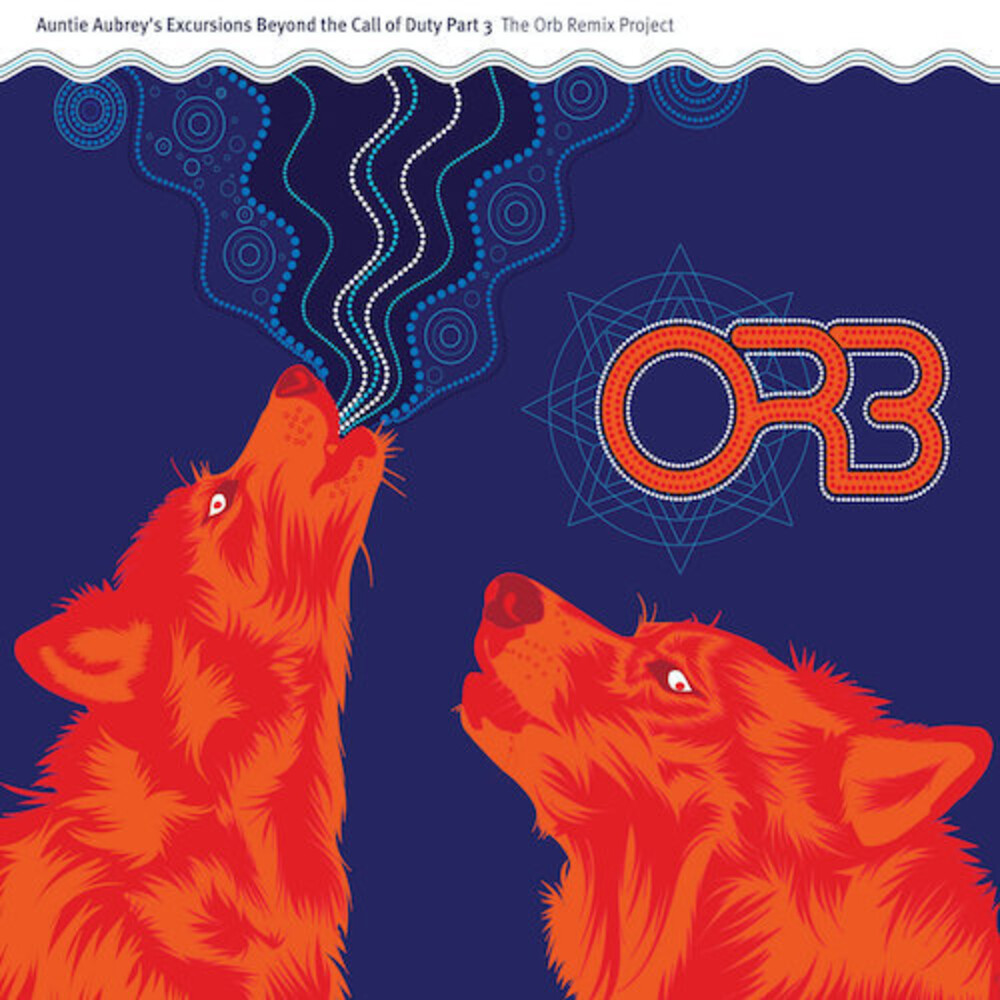 After almost two decades of hibernation under the ambient waves and dub currents of the Sargasso Sea, LSD announces the next installment of the seminal 'Auntie Aubrey's' series, an Orb Remix Project. This 2 x CD compilation is a veritable smorgasbord of classic, new and unreleased labour-of-love remixes that span three decades yet still transcend space and time. Many influential artists have been involved with The Orb since the beginning and the project still keeps evolving and adapting. Dr. Alex Paterson, the gravitation centre of the Orb is known for his playfully subversive remixes and true to form this CD highlights the diversity of his musical mind. We see the good Dr. Remix the melancholy and evocative "The Last Lighthouse Keeper" from The Transit Kings, an early British electronic music group that included Jimmy Cauty of The KLF, one of the original members of The Orb. The remix of 'Davy Jones' Locker' from System 7 takes you surfing on a sun-dappled sea of ambient dance nostalgia, while Killing Jokes' 'European Super State' remix (in which LSD label founder Youth plays bass guitar) sounds like the soundtrack for an imaginary spy thriller with the powerful lyrics and hypnotizing voice of Jaz Summers. Legendary producer Youth teams up with LX yet again on a psychedelic rocker with spellcasting vocals by Lara Smiles, and this is just the beginning!Boasting an all-star lineup, the compilation includes many of our scenes most esteemed electronic music producers such as Coldcut, David Harrow, Sendelica and Gaudi as well as the ambient blissed out vibes from the enigmatic DF Tram, Duende India Collective and The Gyuto Monks of Tibet, this collection offers up such the variety to appease even the most dedicated Orbsessives and music connoisseurs.