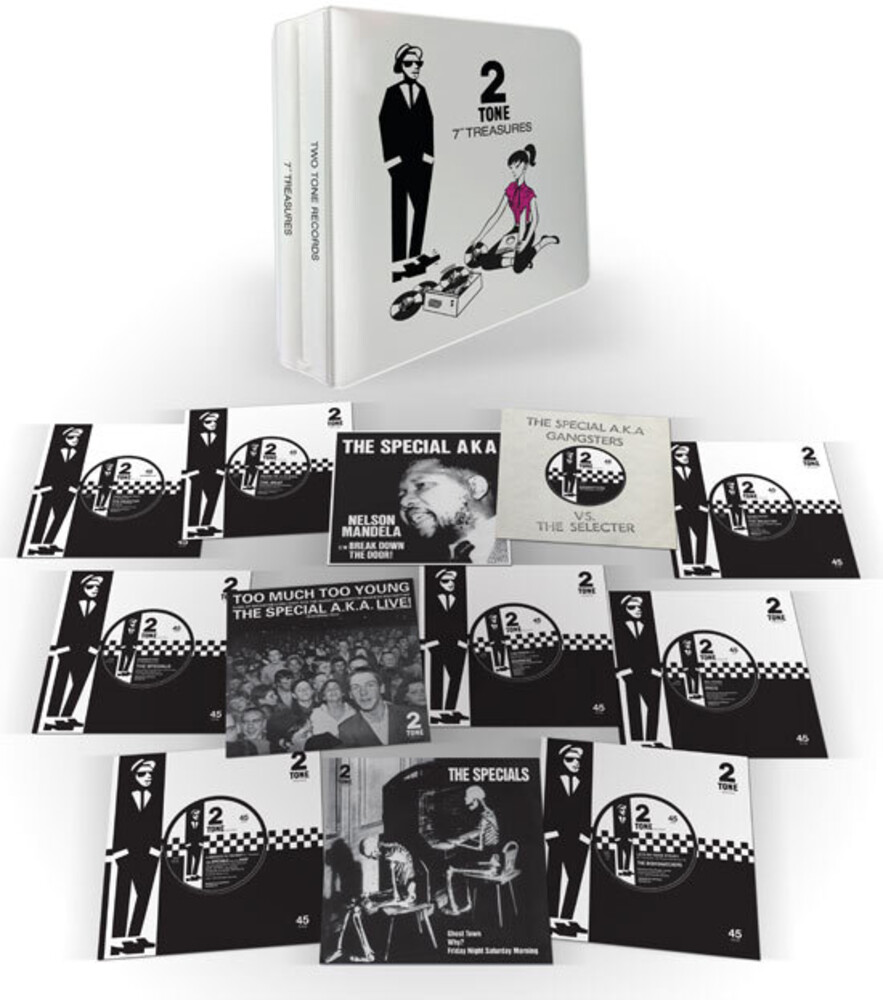 TWO TONE RECORDS was created in 1979 by The Specials founder Jerry Dammers. The label spawned a youth movement and a number of well-known artists and singles through the it's tenure including the aforementioned Specials with key singles 'Gangsters', the UK Number 1 singles 'Too Much Too Young' and 'Ghost Town'. They also helped launch the careers of Madness with 'The Prince', The Beat with 'Tears of A Clown', The Selecter with 'On My Radio' and The Bodysnatchers with 'Let's Do Rock Steady'. The label ended it's chart run of singles with 'Nelson Mandela' by The Special AKA. This 40th Anniversary 7" collection has been curated by Jerry Dammers, selecting his favourite 12 singles released on the label between 1979 and 1984. Presented with their original sleeve designs in a bespoke 1960's style carry case along with a Two Tone 7" slipmat and an art card signed by Jerry Dammers.