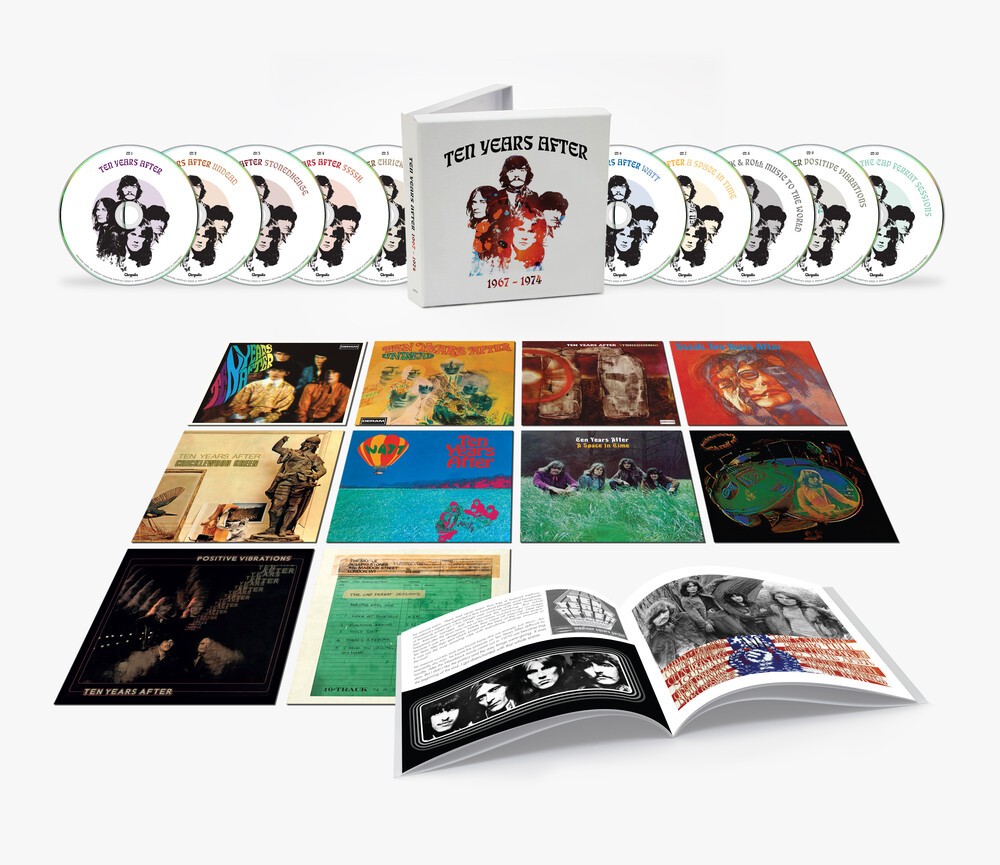 1967-1974 is a 10CD box set that celebrates 50 years since the eponymous debut album of British blues/rock band Ten Years After. This collection gathers long-players from the Chrysalis and Deram eras and includes eight studio albums, one live album and a bonus disc of never before heard recordings from 1972 called The Cap Ferrat Sessions, which has been newly mixed by Chris Kimsey. All the albums have been remastered from the original quarter-inch production master tapes. The unreleased- The Cap Ferrat Sessions - exists thanks to Alvin Lee's widow, who discovered a box of recordings in their house in Spain. Chris Kimsey recorded and engineered the original recordings during The Rock N Roll Music To The World album sessions. Kimsey: These re-discovered recordings were not rough demos, not rehearsals, but completed masters that did not make the album due to the time limitations of vinyl at the time. This is a revised package of the previously available, but sold out, book version comes in a clamshell case with a perfect bound booklet featuring extensive sleeve notes by Chris Welch and interviews with the remaining band members, Alvin Lee's family, as well as additional recording notes by Kimsey. The 10CDs are housed in individual album CD wallets.