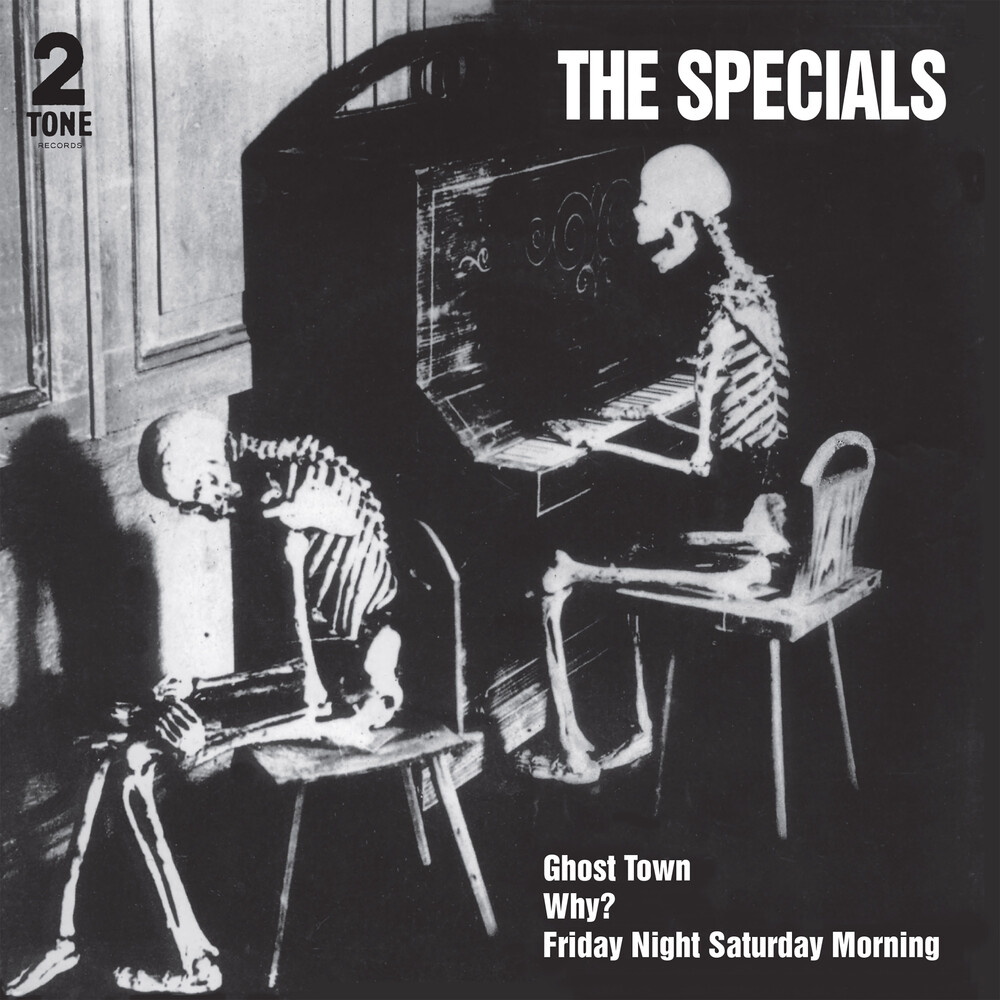 The Specials are one of the defining bands of the late 70's/early 80's along with Jerry Dammers iconic label Two Tone Records. They combined Jamaican ska and Rocksteady mixed with the energy of punk and launched a whole Ska Revival which paved the way for fellow likeminded bands Madness, The Beat and The Selecter to release their first singles.Having had seven top 10 singles and two Gold albums over the course of two years, the band released Jerry Dammers' Ghost Town in June 1981, backed by Lynval Goldings' Why? and the Terry Hall penned Friday Night Saturday Morning. The beginnings of the song were written around the closure of the Larcano dancehall in Coventry, but also reflecting what was happening in other towns and cities with urban decay, unemployment and ongoing racial tensions of the period. Themes which are still relevant today.The single, which was recently voted the second greatest UK single of all time by Alexis Petridis in the Guardian, reached Number One in the UK singles charts and stayed there for a further 3 weeks, becoming one of the biggest selling singles of 1981 and has remained one of the classic UK singles of all.This 40th Anniversary Edition has been mastered and cut at half-speed by Miles Showell at Abbey Road Studios using the original production tapes for optimum audio quality. Presented in a new 3mm 12" spined sleeve, using the original iconic artwork and featuring the 2Tone 40th Anniversary Bellyband.