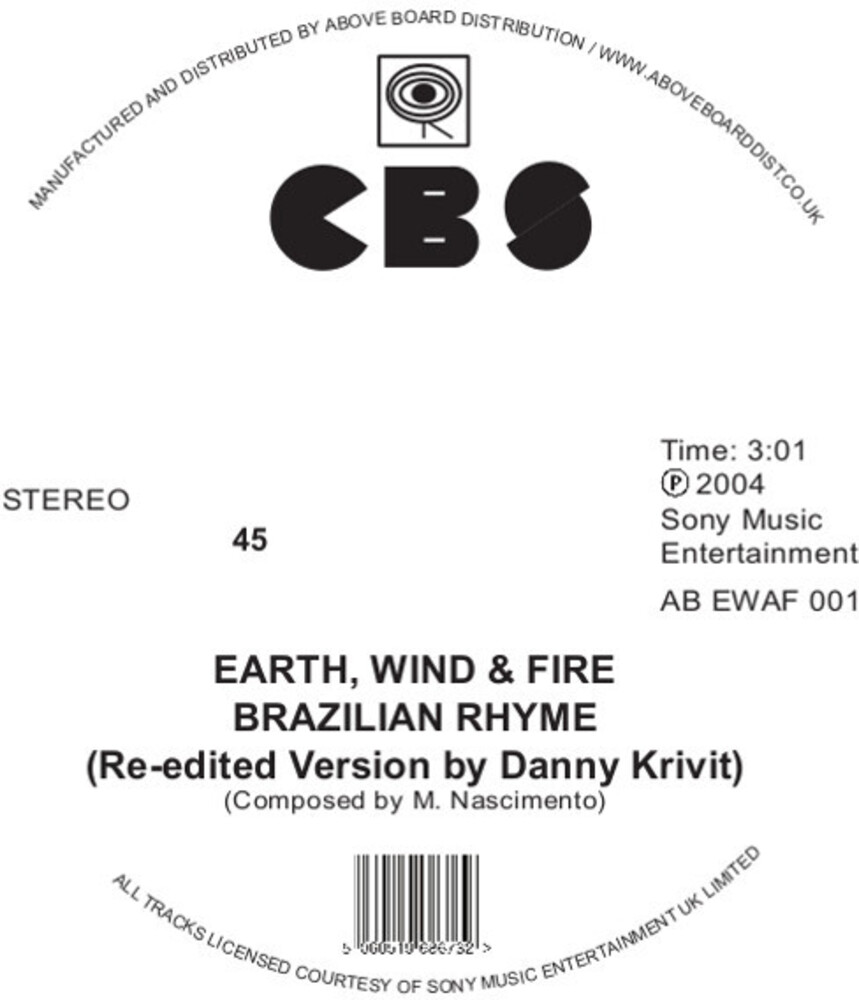 The word 'classic' gets thrown around a lot these days, often abused and attached to things that don't deserve the tag. I think we can all agree that an outfit like Earth, Wind & Fire are truly deserving of such an accolade, since their first tentative steps in the early 1970's as an outfit the Chicago, IL pioneers have made themselves a force to be reckoned with and have sold over 90,000,000 units worldwide! Fusing together Jazz, Funk, Soul, African and Brazilian sounds EWF have been at the top of their game for decades, seeing them inducted into the legendary 'rock n roll hall of fame' at the turn of the millennium. Respect due. On this special, legit 12' reissue we are treated to 2 stellar reworkings by one of Disco and modern dance music's most respected names - Danny Krivit. Danny's tenure in dance music has almost been as long as EWF's themselves so it makes sense that he's on deck to breathe some dancefloor magic into their cult classics 'Brazilian Rhyme' and 'Runnin'. Both tracks are massive club anthems with them being generously sampled over the years and featuring in the playlists of too numerous to mention DJ's and selectors. Both of these amazing edits are extremely sought after and have been legally reissued by Above Board Distribution in conjunction with Danny Krivit and the legal rights holders - Sony Music Entertainment. This high quality repress features original Columbia white label Disco promo artwork and has been remastered from Sony's original sources by Optimum Mastering, Bristol UK.