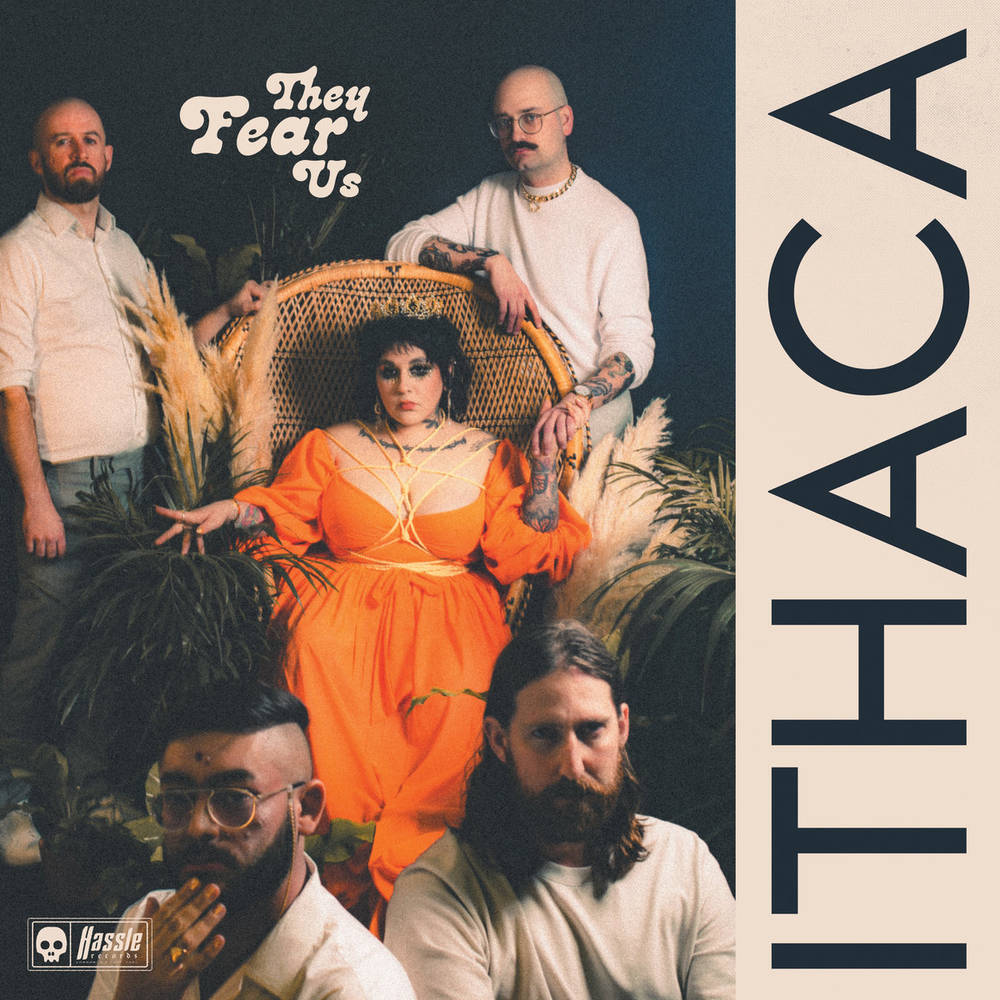 Formed in 2012 out of a mutual love of metallic hardcore but despair at its lack of ambition, Ithaca exist to challenge everything you thought about what a band that makes heavy music should look and sound like. A glitter-covered nailbomb, Ithaca seamlessly blend the brutality of Relapse Records metalcore with blackgaze, 90s industrial metal, 70s prog and even tinges of 80s power pop. Their influences stretch beyond the musical - this album comes with a clear vision and aesthetic: drawing from members’ different ancestral heritage, queer/non-conforming identities and iconic figures in avant-garde, new wave and post punk culture. Their upcoming second album ‘They Fear Us’ is the sound of a band healing from trauma - standing in their own, unapologetic voice. Furious and wildly inventive while also being more coherent and accessible, this album will introduce Ithaca to a wider audience than they’ve ever had before. To quote the band - ‘those who oppose us; your sins will catch up to you. You will fear us’.